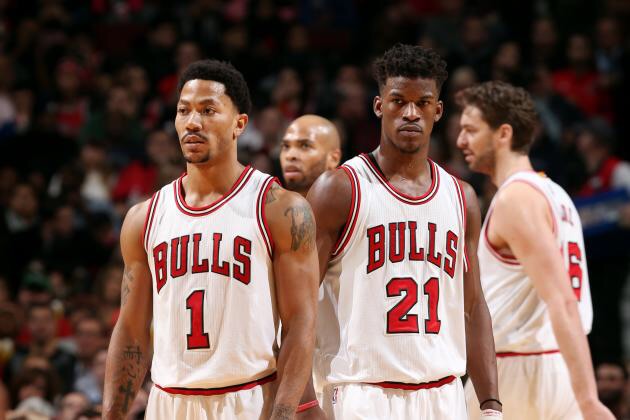 Anybody that Knows me, knows I’m a huge basketball fan. So it would come to know surprise that I have decided to do annual NBA regular season predictions. We are 2 weeks into the regular season, so I better hurry up and release these picks before I began to receive the side eye from followers. I apologize to anyone who keeps track of my predictions, the last two weeks have been very busy for me.

The Clevaland Cavaliers will be the best regular season team, but lebron supporting cast is not deep like the Chicago Bulls. Nor does these Cavs play defense like Lebron’s Miami Heat teams. If Fred Hoiberg can get the Bulls to play solid defense (can’t match thibs) the Bulls will be vary dangerous. Concerns about Jimmy & Rose chemistry and health of core players are the main obstacles for Chicago.

In the west, the world would love to see the new NBA “Golden Boy” Stephen Curry and his Golden State Warriors to repeat as Champs, but I doubt it will happen. Basketball fans know that last year’s road to the championship was so easy for both teams, Cavs only match up came against a divided locker room Bulls and Golden State glided to the finals facing no real competition but Memphis; who had an injured Mike Conely.

Let’s not fail to mention that OKC didn’t make the playoffs last year because of injuries. OKC’s Big 3 is on a mission, and if healthy they could find themselves in the NBA finals. No shade to the Warriors, that team isn’t built for a back to back, even if Cheif Curry is the lead man in the kitchen.

The Spurs are aging but they have a mixture of good veteran and young talent with one of the best coaches in NBA history (Pop is the man, so you can’t count them out). Doc’s Clippers can hang it up, Paul Pierce may make a difference, but Chris Paul will be the X-factor; he will determine how far this team goes.

Below you would find my predictions for the 2015-16 NBA season. This year I’ll add what I believe each team regular season record will be. Also I’ll stop cheating and pick a solid 1-8 seed, but I will add a “Honorable mention” and a “Sleeper” in each conference. It’s going to be fun to see how this year shapes up.