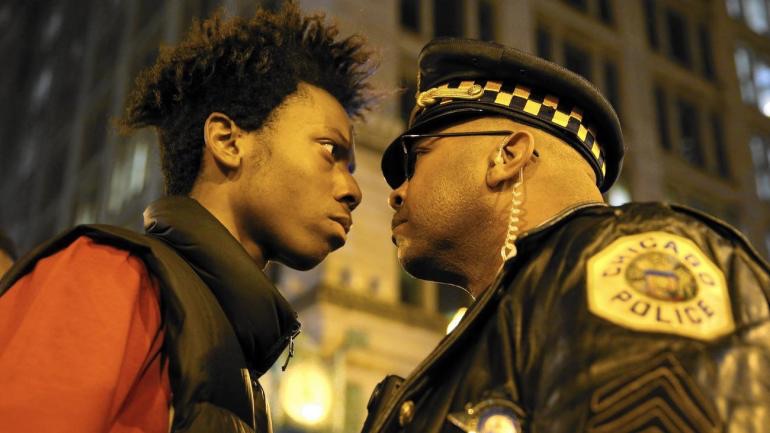 “We want justice! We want equal justice under law. We want justice applied equally regardless to creed or class or color.” –Honorable Minister Louis Farrakhan

It’s been over two months since the Million for Justice March, where the Honorable Minister Louis Farrakhan delivered his speech on the widespread deaths, rising racism, and police brutality among Blacks coupled with economic deprivation and stark poverty. The vision for the 20th Anniversary of The Million Man March focus on the Justice or Else movement, called the Million for Justice March. The quest for liberty and justiceagainst police brutality became one of the focal point in the dynamic change with the March acceptance of women and children to attend. However, how can Black communitiesdemand justice and equality?

Fairly so, the Million for Justice March was for all minorities who experience injustice and violence from the failure of the U.S. Government duty to give justice and equality. But the constant incidents of fatal police shooting of young black teens and children throughout this year initiated the formation of the march. Though there was little to none mainstream media coverage of the march. The vital message and vision the Honorable Minister Louis Farrakhan spoke during the march can be seen through the current demonstrations in Chicago.

“If we are denied what rightfully belongs to us then there has to be unified action that we take that will force the justice that we seek.” –Honorable Minister Louis Farrakhan

Consequently, community protest, activist groups, and live recording of unlawful violence toward Blacks has been the unified action displayed within vast cities throughout America, especially Chicago. In November of this year, Chicago officials released the police dash-cam video of the October 2014 fatal police shooting of 17-year-old Laquan McDonald. According to the Chicago Tribune, two officers’ jump from their vehicle with their guns drawn. Laquan kept moving, apparently trying to pass the officers who were several feet to his left. In the video, Laquan was holding something in his right hand, in which he swings in the split second before an officer opened fire. This Chicago officer was 37-year-old Van Dyke, who unloaded 16 rounds of bullets in the teen body, who was armed with a small knife. The community’s reaction to the release of the dash-cam video was explosive.

Dozens of students, activists and citizens of Chicago took the street by storm in countless demonstrations during the trial of the Laquan McDonald police shooting. Many protesters blockedoff ongoing traffic within downtown Chicago. While others blocked off the sidewalks by forming a ‘lie-down’on the pavement within downtown Chicago. These vast demonstration is highly favored by the demand for ‘Justice or Else’ during the 2015 Million for Justice March.

In efforts to promote the demand for justice, protesters are planning to gather for a march called “Black Christmas” this Thursday, Dec. 24, 2015.  This demonstration will be held during Chicago’s busiest shopping district on Christmas Eve. According to the Chicago Tribune, this protest is, primarily, a response to the fatal police shooting of Laquan McDonald. This demonstration is a mimic to the Black Friday protest, which hurt the gross revenue in Magnificent Mile Chicago. Demonstrators are hoping to hurt the bottom line, again, for many MagnificentMile retail stores in Chicago.

It’s safe to say that until the judicial branch internally improve their criminal and civil court system, the city-wide demonstrations will continue to detriment the cities’ source of revenue. This movement of power could be credit to the Million for Justice March, where Minister Farrakhan iterated that “we should not spend money we don’t have or cannot afford during the Christmas season to make merchants rich by their wicked manipulation and exploitation of the emotion of children, parents, and families.”

Furthermore, Black people should denounce the ‘black-on-black crime” just as strongly as the crimes of police brutality. Otherwise the efforts for justice will be in vain. “We must end the violence and stop the killings and present ourselves as a united front before the Government of the United States of America,” said Farrakhan. The fight for justice should begin from within because without it the lack of concern from government will remain prevalent within the black community.

‘Only If You Knew’: A Rapheal De’Angelo Hayden Stageplay by Tatyana Hills
Who Is Shi Charming? By: Kia Smith