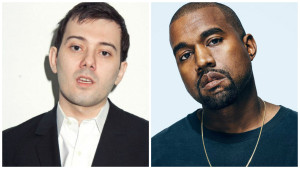 Martin Shkreli recently offered 10 million for Kanye’s new album “The Life of Pablo”. Now for the people who don’t know or remember who Martin Shkreli is, he’s the man that raised the pricing of the vital HIV/AIDS medicine 5,556 percent(from13.50 to 750 a tablet).Shkreli claimed that the rise in prices would go to research for HIV/AIDS treatment. Shkreli is also the one and only owner of the Wu-Tang album “Once Upon A Time in Shaolin” which he paid two million for.  Shkreli put the post on twitter Feb 11th stating “aiyo @kanyewest last minute can I buy your album out so that it don’t get released publicly.” After the tweet Shkreli dropped a letter to Kanye which he also posted on twitter. The letter contains Shkrelis appreciation for Kanye’s music. Shkreli says in the letter that he is a “tremendous fan” of West music, even pointing out Ye’s debut album “College Dropout” had influence on him at a young age. The letter also disclosed the amount of 10,000,000 being offered and, that Kanye and his label are legally required to take the offer letter to their board of directors. Shkreli also claims that the process would push the release of the project back “a few days.” From the looks of things Shkreli wants the album to his self.

February 13th 2016 raised the offer to 15 million and also wrote Kanye another letter concerning his interest even more. In this letter Shkreli addressed that West and his teams plan is “a mistake which must be remedied immediately.”  Shkreli goes on to say “This album is materially above any realistic album sales given to me by my third party experts.” He even calls Kanye “the greatest artist of my generation” as he tries to convince Kanye to conceive. He ends the letter by saying “I request that you sell me the album not to deprive your fans of the music but to remind the world that music is a precious and important part of our lives.” It seems Mr. Shkreli is sincere but judging by his past stunts we can’t take what he says lightly. The sad reality is that Kanye could actually use that 15 million even though it won’t take away the full amount of debt he is in which is 53 million dollars. Kanye posted as of February 13 at 9:46pm in his infamous random tweets that “I wrote this to my brothers while still 53 million dollars in personal debt. Please pray we overcome… This is my true heart.” But through the multiple offers by Martin Shkreli Kanye still looks to release the album publicly since its already being sold and streaming on TIDAL. We do not know the exact time and date of the album’s release but, it’s worth 15 million to martin Shkreli.