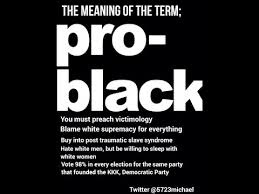 A lot of people who don’t understand the black culture assume that our major concern is racism and having hatred towards white people. With the progression of hate crime towards members of the African American community, civil rights activists and community leaders have stepped up and became the “voice” that people rely on to express their disdain towards the killing of innocent children, teens, and adults. History has shown us that not all people are hateful and racist. There have been white leaders like Bernie Sanders (Democratice Presidential Candidate) that have marched with Dr. Martin Luther King Jr,. Even with the recent events and killings that have transpired, the media has televised a nation of people of all backgrounds, races, and ethnicities that have come together in support of stopping the violence against black people.

Over the past four years, there has been an increase in the killing of black males at the hands of white men who thought they were superior, and those who are authoritative figures. February 26, 2011 was the beginning of a “new civil rights movement”. The death of Trayvon Martin at the hands of George Zimmerman caused the nation to be in awe. Martin was slain by Zimmerman because Zimmerman thought he looked suspicious walking through the neighborhood. Since this event, black people have been “awakened” to what is happening in our community. Over the past few years, more and more African American men and women have been murdered, assaulted, and unjustly arrested and attacked. Across the nation, young adults from the black community are calling for unity amongst everyone. Pro Black, what is it? Is it just a new way for people to say they agree with the behavior of the disrespectful individuals? Is it a way to stand united with our brothers and sisters and discuss how the black community needs to be redeveloped and make it to the promise land Dr. King referred to?

There is also a history of black on black crime which has caused for questions to arise about the #BlackLivesMatter hashtag. Many people say that there is a different between the two, but is there really? It all falls under the “life for a life” saying. In 2015 alone, there has been strong racial tension between African Americans and Caucasians. Mostly, between police officers and teenagers. The black community is crying out and demonstrating that enough is enough by reverting back to owning their black culture. There have been many entertainers and musicians like Beyonce, Kendrick Lamar, Michael Jackson, and many more that have dedicated their songs towards the “revolution” that is actually being televised, opposed to Gil Scott-Heron’s song. They sent messages loud and clear allowing the media to expose their stance of what has taken place. Standing up for one’s culture should not mean they are against another. Pro Black simply means “I’m black and I’m proud” (in the words of the late James Brown). It means you take pride in your race, culture, men, women, and children, and at any cost, you will always know your heritage and roots. To love your culture doesn’t make you a hater of any other culture.

After our ancestors were in 400+ years of slavery, obeying white supremacists, and conforming to other cultures, isn’t it time we give being black a try?

The Violence Must Go, Chicago By: @parisxraymond