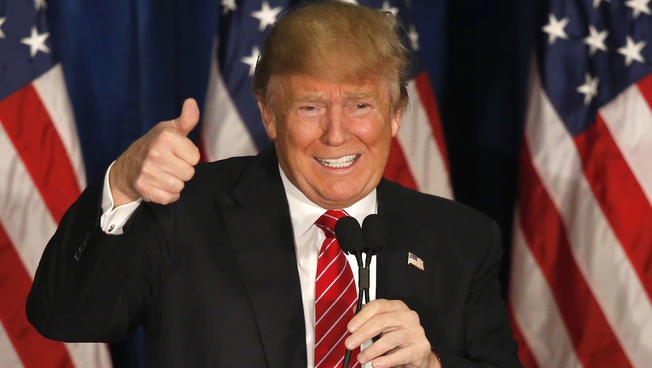 Crowd waiting for Donald Trump to speak Friday erupted after the presidential front-runner postponed his rally at the University of Illinois-Chicago Pavilion over safety concerns.

“Mr. Trump just arrived in Chicago and after meeting with law enforcement has determined that for the safety of tens of thousands of people that have gathered in and around the arena, tonight’s rally will be postponed until another date,” an announcer said. “Thank you very much for your attendance and please go in peace.”

The crowd burst into shouts and cheers, and some scuffles broke out in the minutes after the announcement was made. Some people could be seen yelling at each other or making vulgar gestures; multiple punches were thrown. A man who took the podium was escorted away by officers.

People could be heard chanting “Trump” shortly after. The protests spread to the streets around the University of Illinois-Chicago Pavilion, where a group of people were seen stopping cars.

At a Friday evening press conference, Chicago Police said five people were arrested amid the chaos. Additionally, two CPD officers were injured – both non life-threatening — though one officer was struck on the head by a bottle.