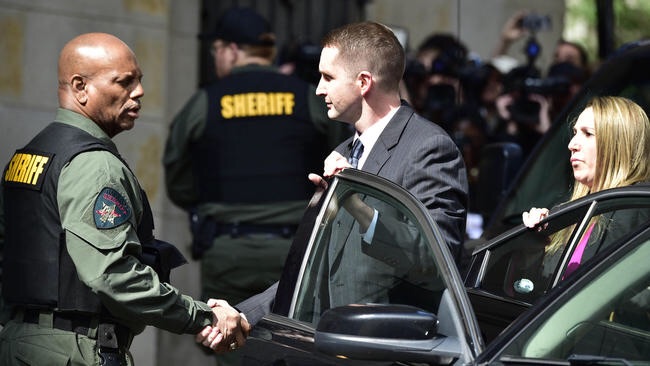 Mixed feelings filled the court room, as another police officer, Edward Nero, was proven not guilty in connection to the death of an African American man, Freddie Gray, in 2015. Nero was one of six officers who had been involved in the arrest of Gray. As reported by CNN, he was charged with second-degree assault for allegedly touching Gray during an arrest that prosecutors said was illegal. He also faced two counts of misconduct, as well as reckless endangerment for not putting a seat belt on Gray, after placing him in the police van. Gray died, a week later, due to spinal injuries.

Lt. Gene Ryan, president of Fraternal Order of Police Lodge No. 3, accused State Attorney Marilyn Mosby of unreasonably leveling charges. According to CNN, Ryan felt that, in doing so, she destroyed the lives of the police officers involved, and she destroyed the relationship between the Baltimore Police Department and her office.

Mentioned by CNN, Ryanstated, “None of these officers did anything wrong…being prosecuted for reasons that have nothing to do with justice, is a horror that no person should ever have to endure.”

Judge Barry Williams questioned prosecutors, who believed that Nero and other officers searched and arrested Gray, without reason. Prosecutor Janice Bledsoe argued that searching and handcuffing are equivalent to assault, especially when there’s no probable cause. However, Williams then countered her argument by stating, “If you touch someone, it could be assault, it could be a hug”. At the end, Williams declared that Nero didn’t arrest or detain Gray; he also couldn’t have questioned the process of his arrest.

Nero, who was one of three officers involved in the initial encounter, looked to be extremely relieved, as Judge Barry Williams read the decision. It wasn’t a surprise to see that Nero was found not guilty. What shocked people was the fact that Williams had been praised for his decision, on both sides of the case. While Nero and his family showed appreciation for the judge’s ruling, no one expected for Gray’s family attorney to also be grateful. He explained that even though Judge Barry Williams was an African American male, he wasn’t moved by the black community’s emotional response to Gray’s death. He also stated that Williams was clear minded in his decision-making.

There are still four more that have to take place. The trial for the van driver, Officer Caesar Goodson Jr., will start June 6.