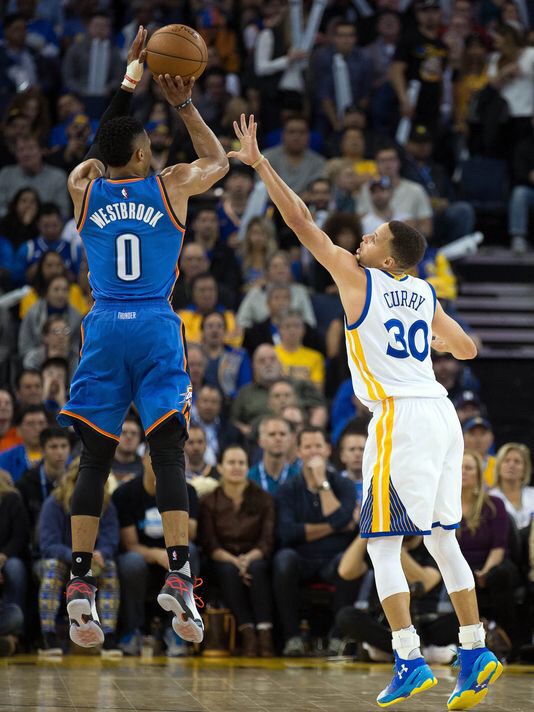 The Golden State Warriors have been the team on everyone’s lips ever since the last season. Last year it really was no surprise to see the Warriors snag the title, especially since the Cleveland Cavaliers were missing Kyrie Irving and Kevin Love. However, no one expected the Warriors to light up the court like they did this season. They made believers out of those basketball fans that didn’t believe that a repeat was possible. As soon as the Warriors reached the 73-win mark, fans everywhere were ecstatic. It seemed that no one could stop their train all the way to the finals.

People knew that the Thunder were a good team but no one had seen Durant and Westbrook in the playoffs together at full strength however. No one knew exactly what to expect. Now the series is in the favor of the Thunder 2-1 and game three was no joke. The Thunder crushed Stephen Curry and the Warriors 133-105 in a game that was less than a challenge for the winning team.

According to NBA.com, Coach Steve Kerr was quoted as saying, “We got what we deserved.” Last game, Durant went for 10-15 and Westbrook shot a blistering 10-19. In fact, this was the first time this postseason that the two of them shot better than 50 percent.

Klay Thomson was quoted as saying, “We’re not going to get it that way, one of those guys got to have an off night.” The Warriors, who sent a new record for 73 wins, trailed by 41 points, their largest deficit this season.

On the other side, the Thunder had an excellent game. The polar opposite of what happened in game two. The Warriors routed the Thunder 118-91. Russell Westbrook said, “That’s one thing we slipped up on in game 2, and I think tonight we did a good job getting the loose balls and finding ways to the 50/50 balls and give ourselves extra possessions.” (NBA)

With game two looming tomorrow, both teams will go in with a different mindset. It will no doubt be a thriller as one team attempts to close the door while the other fights to even to score and get another chance to snag the lead. Either way, this is a game not be missed.