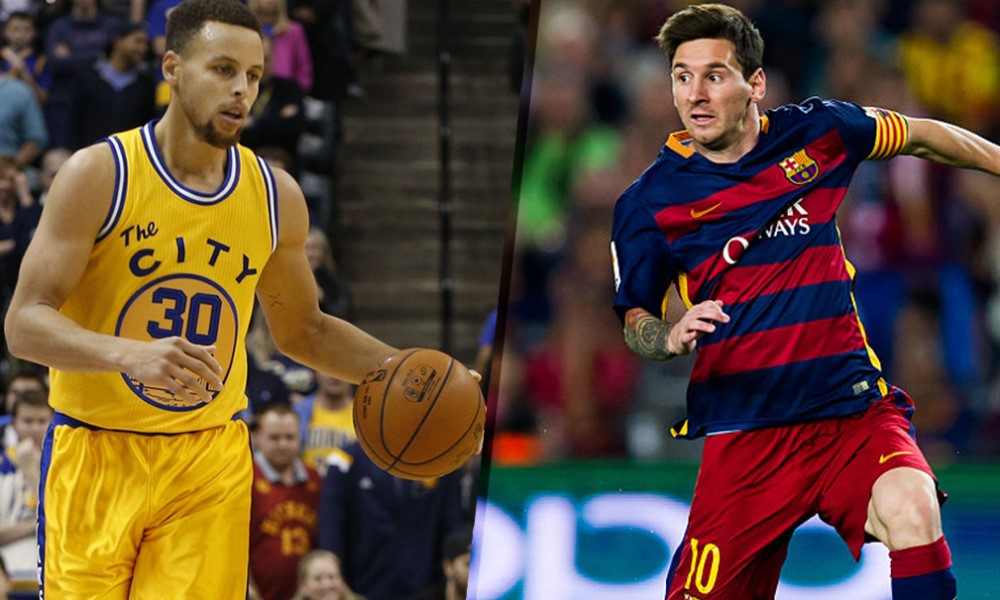 Not only did the Warriors suffer another anti-climactic loss, but the reigning MVP Steph was nowhere to be seen. He followed a dismal game with another horrid performance. Klay Thompson tried his absolute hardest to bring the team back but the other Splashbrother was unable to make up for his team’s lack of defense and lack-luster offensive plays.

In the wake of the loss, fans have something to look forward to this summer. For the competition of Copa America, soccer star Lionel Messi will be coming to the US to compete. The two, who have already once exchanged signed jerseys, are no doubt looking forward to playing for their respective countries in August for the Summer Olympics in Rio.

Though the two play completely different sports, the 5-time Ballon d’Or (player of the year) winner said that he sees striking similarities in their play styles. He was quoted as saying,

“If you watch Curry play—or, just as revealing, warm-up before the game—you notice his relationship with the ball. It’s like his body and mind are always on the same wavelength as el balon. I try to have that connection in my sport too.”

It is clear that the two share a mutual respect for each other and ecstatic fans are no doubt highly anticipating Messi’s visit to the US. August cannot come soon enough. To see two top players in their sport will be truly magical.