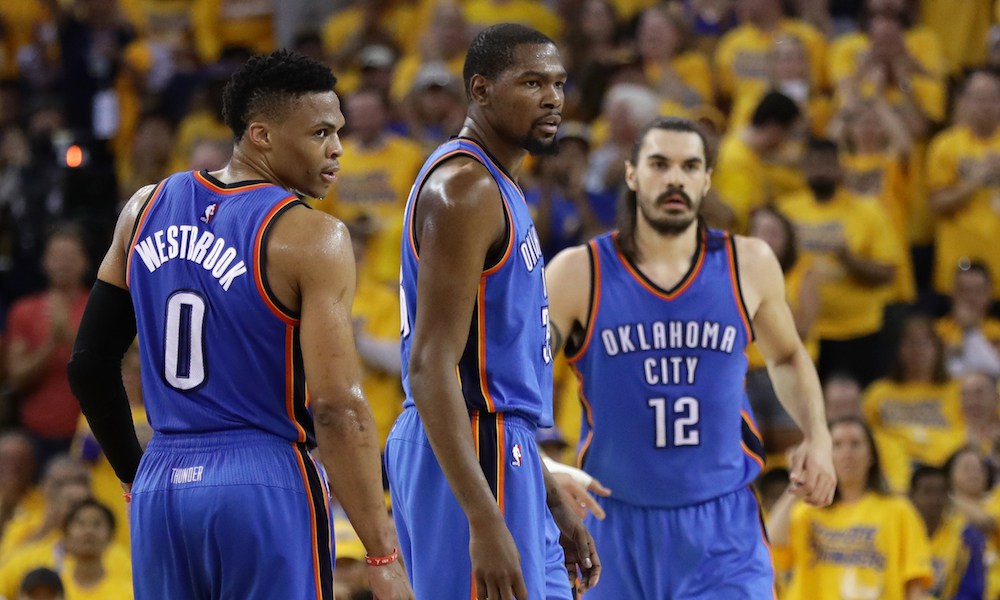 With the Thunder’s undeniable collapse in Monday’s  game seven loss to the Golden State Warriors, they became only the 10th team to get eliminated after taking a 3-1 series lead. A series that should have been wrapped up was allowed to stretch out far longer than it should have as reigning MVP, Steph Curry, led his triumphant team to the NBA finals for the second straight season.

However, that is not the concerning factor. Durant was drafted by the Seattle Supersonics in 2007 and Russell Westbrook was drafted a year later for the same club. After amazing breakout seasons, the team looked on the verge of a championship. However, that was not in the cards as repeated eliminations and injuries have dogged the team for the past few years. And now, to add to their troubles, Kevin Durant will be an unrestricted free agent.

“We wanted the whole thing,” Durant said. “There’s no moral victories in our locker room after the game. We were all upset. We wanted a chance to play for a championship in the finals, so that hurts.” (NBA)

Having been a powerhouse in their own right all season, the Thunder-Warriors matchup was expected to be a thriller. It proved to be nothing less. Though the Thunder will no doubt be remembered for their shocking collapse. Only time will tell if Durant will choose to remain with the Thunder or whether he will leave. One thing is for certain however, whatever he chooses to do will impact the league to its very foundations.

Teammate Russell Westbrook will be a free agent in 2017 as well.