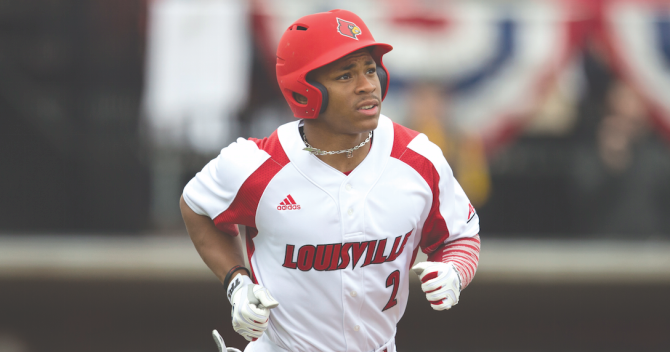 Corey Ray is the talk on everyone’s lips these days. A mature, 21-year-old, Corey is aware of the responsibility that rests on his shoulders. Not only that, but Ray is projected to go in the first round, top ten in fact.

Ray is aware of what comes with the territory of being a first round pick. He understands that money and status is a part of it but there is a deeper meaning for the young man.

“I really hope it casts some positive light on the South Side of Chicago,” said Ray. “You hear so much about crime and violence and shootings that you might think that’s all that goes on down there. People need to know it’s not all that. There are good things happening on the South Side.”

Ray was out of place at Simeon, a place where NBA first round picks such as Derrick Rose, Nick Anderson, and Jabari Parker are more commonplace. His father, Corey Ray Sr., introduced him to baseball at five years old. All he ever wanted to do since then was play baseball. Such a single-minded approach has served him well so far and should he continue to show that thirst for the game, he will have a brilliant career ahead of him.

Now six feet and 190 pounds with a powerful left handed stroke, a pro career is inevitable for Ray. Furthermore, there is a purpose to it that goes far beyond the fame and fortune.

“For me, it’s about being a role model,” Ray said. “I want kids from the South Side to look at me and think, ‘If Corey Ray can do it, maybe I can too.”