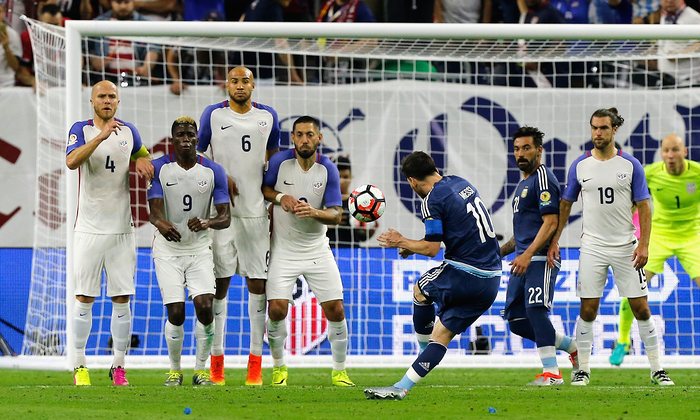 his Sunday was the semifinal of the ongoing Copa America tournament. It was the hosts the United States against Argentina. In every sport, teams have some good games and some bad ones. Unfortunately for the US, Argentina came to play. Not only were the men representing the red white and blue beaten 4­1, they also failed to take even one shot at the goal. They went 90+ minutes without even making an attempt on the Argentinian goal.

Head coach Jurgen Klinsmann talked about how once Ezequiel Lavezzi headed a goal in the fourth minute, the US men never truly recovered. With all the high caliber teams in South America and though the US was not favored to reach the semifinal, it did not do much to lessen the pain of loss. Klinsmann praised his men by saying that they “played well but eventually hit all wall in the tournament.” Though both teams came in off of hot win streaks, one team had to lose and this time it was the US. On the other hand, Argentina was bursting with speed and energy. Led by the world’s best in Lionel Messi, the Argentinians had the ball 68 percent of the time as opposed to the US 32 percent.

Argentina also had four corner kicks as opposed to the US’s 1. It seemed that Argentina never really took any time off in the game. The first goal came courtesy of Ezequiel Lavezzi followed by Messi in the 32nd minute. Gonzalo Higuaín struck twice as well (50’,86’). With Messi’s incredible free kick, he effectively became the leading goals for the Argentinian national squad with a staggering 55 goals. One team was on their game while the other was thoroughly outclassed.

The US can take some consolation that it took no less than Messi to oust the hosts of the tournament. In a country where soccer is merely an afterthought, one could say that the team had a great run.