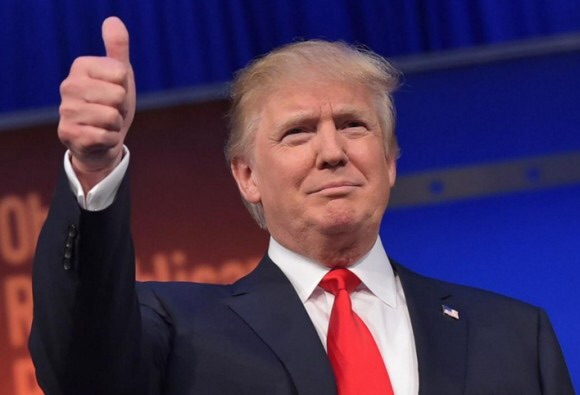 Donald Trump came to Chicago Tuesday, it’s the first campaign-related visit to Chicago since an ill-fated March rally at the University of Illinois-Chicago Pavilion was canceled minutes before showtime amid protests and sporadic clashes between demonstrators and supporters of the controversial Republican candidate.

The Chicago lunch fundraiser was organized by businessman Ronald Gidwitz. Tickets are $10,000 to attend, $25,000 to get a photo with the candidate and $100,000 to be part of a VIP Roundtable that includes photos and two lunch tickets, according to an invitation for the private event.

No prominent Illinois GOP elected officials were at the fundraiser – no surprise since most of them are keeping their distance from Trump.

Donald Trump raised about $1 million to benefit his GOP presidential campaign and other Republicans at a fundraiser.

Group denounces Trump ahead of high-dollar fundraiser in Chicago