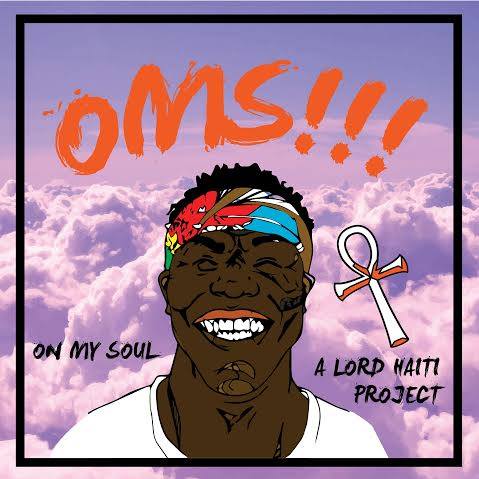 Thursday, July 7, 2016 marked one of the proudest moments in the life of Chicago’s rising producer, Lord Haiti. On the night of July 7, friends, family, and admirers filled the Music Garage, located at 945 N. Loomis St., to take part in Lord Haiti’s official listening party for his highly anticipated album “OMS” (On My Soul). With the help of his mother and older sister, “Chicago’s Queen of PR”, Briahna Gatlin, the night was absolutely unforgettable.

The listening party featured the presentation of Lord Haiti’s album, dancing, open mic, a Q&A session, etc. He also took the opportunity to introduce a unique genre of music: “vibe”. Listeners were able to experience his artistry, as they “vibed” to songs like “Dear Diary”, “Don’t Wake Me Up”, “It’s Alright”, and “Entity”, which can all be found on his album.

During the Q&A session, Lord Haiti revealed that the genre “Vibe” is based off of positivity. It is actually the complete opposite of the thriving sound of drill music, which is prevalent in the city of Chicago. “Vibe” allows listeners to…vibe together, chill together…think together. As he described it, Anyone can enjoy his music.

Like the distinctive genre of music he chose, Lord Haiti has always been beyond his generation, especially when it came to his taste in music. When asked when he developed a love for music, he expressed that he fell in love with music, listening to his parents’ favorite genres. His mother loved soul (Motown), while his father jammed to Reggae and Hip Hop. His family’s love for music shaped his perception of music.

To add to his growing passion for music, his older sister Briahna, continuously bought albums for him and his older brother. Moments like that continue to contribute to the type of artist he is.

Lord Haiti, the smiling, overjoyed artist, that stood before his audience, that warm Thursday night, did not develop overnight.

He walked his audience through the development of his album and his mindset.

First, he described the vitality of unity. Multiple times, he expressed his gratitude for the sacrifices of his family. None of his accomplishments came easily. His family came together, during his times of adversity.

He went on to discuss his songs on the album. One of his favorite songs, “Dear Diary”, stemmed from the opening and closing credits of the hit 90’s show, “Moesha”. He stated that he had wondered if anyone had ever sampled the opening music. After discovering that no one sampled the music, he added some dope lyrics from artists Freddie Old Soul and King Butch, and created the poetic masterpiece “Dear Diary”.

He continued on with another favorite of his, “Entity”. He described it, saying, “it sounds like a negro spiritual…” Through explaining the significance of the song, he stated, “everyone is an ‘entity’…meaning that everyone plays an important part in this world.” To him, it is important to put the truth out there. Also, it is imperative to learn the history of his or her background. As quoted by him, “You can’t reach the divine without going through ancestors.”
Spirituality is an immense part of what he values.  He stated that he wanted to add some sense of spirituality to this album. To show that, he featured the last song recorded by Aaliyah, “Rock the Boat” and the last poem recited by Gil Scott-Heron, in his song “Spirits Interlude”. He also featured a track from one of his biggest inspirations, Nina Simone, in his song “It’s Alright”.

“OMS” is a reflection of Lord Haiti’s values and his vision. Through he’s not sure of what his next projects will be, he’s excited about working with other artists and performing in shows. He is still building momentum from his current album.

His audience shouldn’t be worried, though. Soon, many more people will be hearing the name ‘Lord Haiti’, and joining the “OMS” movement.