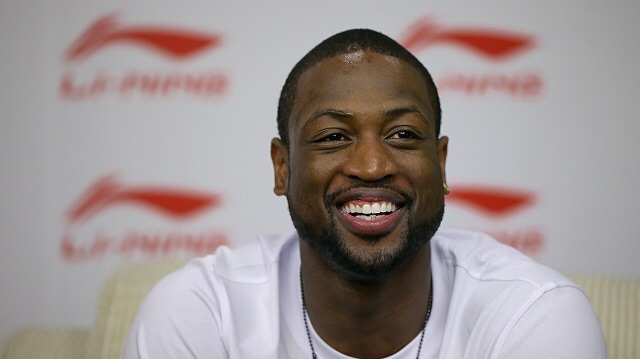 The Robbins, IL native, Dawayne Wade signed a two-year, $47.5 million contract with the Bulls last month after spending 13 seasons with the Miami Heat.

The new Bulls star and his wife, actress Gabrielle Union, just leased this Gold Coast mansion, according to Crain’s.

The eight-bedroom Victorian on North State Parkway was built in 1883 but updated five years ago. It includes a finished basement with a 148-inch projection screen and 720-bottle wine fridge, as well as an attached three-car garage and a coach house in addition to the main house.

The 10,250-square-foot property, which was also featured on the 1980s sitcom “Webster,” was listed for nearly $9.5 million in April but taken off the market Monday after Wade signed his lease, according to the report.

Wade had a mansion in the south suburbs, but his ex-wife, Siohvaughn Funches-Wade, recently sold it for $300,000.

The terms of Wade’s lease are unknown. By the looks of the photos, the house isn’t cheap.