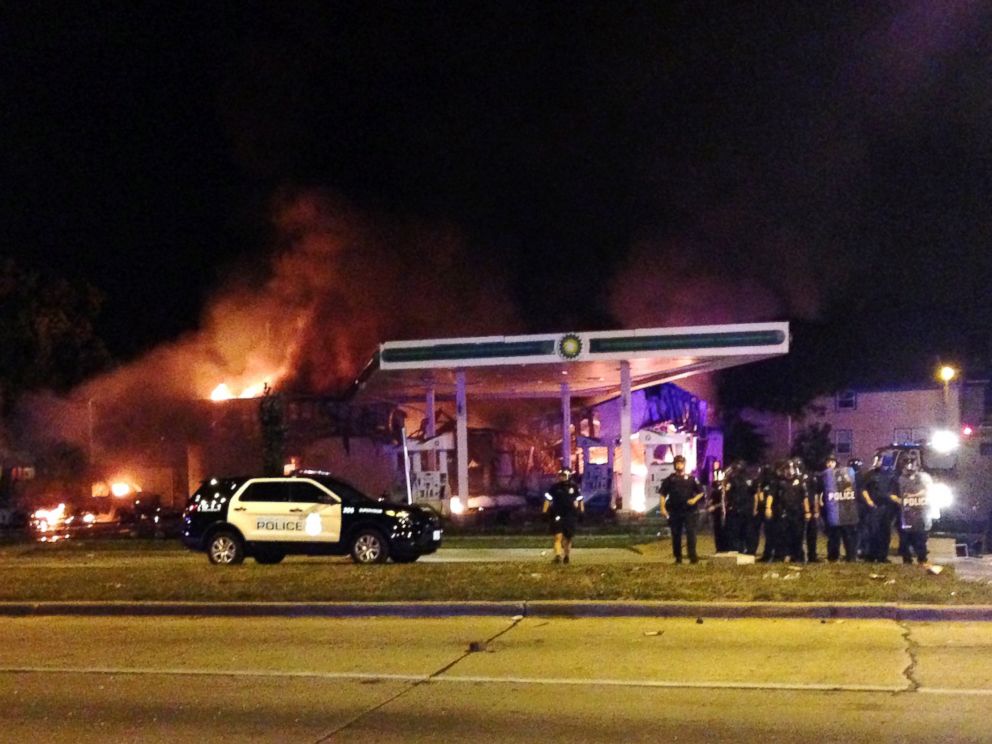 Violence and protests erupted in Milwaukee overnight after a man was fatally shot by police during a foot chase.

Police said the victim, 23, was armed with a handgun and shot dead by an officer after fleeing a traffic stop on Milwaukee’s north side Saturday afternoon.

Milwaukee Police Assistant Chief Bill Jessup told the Milwaukee Journal-Sentinel newspaper it wasn’t clear if the gun was pointed at the officer.

“Those additional facts will come out in the coming days,” Jessup said.

Police said the man shot had a “lengthy arrest record” and was carrying a semiautomatic handgun reported stolen in a burglary in Waukesha in March.

At a press conference late Saturday night, mayor Tom Barrett elaborated on the foot chase, saying that the officer involved in the shooting was chasing the suspect when he was ordered to drop his weapon. When the suspect did not comply with orders, the officer fired several times hitting the suspect with 2 bullets in the chest and in the arm.

Mayor Barrett said the officer was wearing a body camera which was operating at the time of the shooting.

It's going down in #Milwaukee.. Via @YungLz Sponsored By The #UpCommunity

Angry crowds to the street and set four businesses and several police cars on fire, hurled bricks through police car windows, threw rocks at police and vandalized bus shelters and street lights. Some social media users posted videos of what was said to be an undercover cop car being trashed by angry protestors.

Crowd breaks widows of unoccupied squad near Sherman and Auer. Other squad set afire and broken windows on another. pic.twitter.com/Jux2mJZYyQ

An officer was hospitalized after being struck in the head by a brick that came crashing through his squad car’s window.

The mayor said police presence will be strong as part of an “all-out-effort” to restore order. At least three people have been arrested, he said.

Mayor Barrett says he plans to spend Saturday meeting with church and community leaders, adding that the police presence will continue to be very strong.