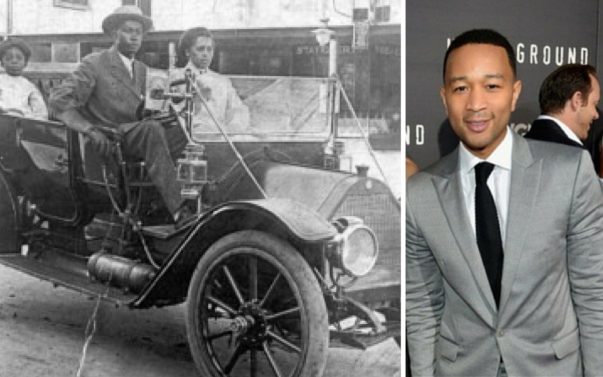 Story By MELISSA KIMBLE ( via EBONY )

After breaking records with the hit TV show Underground, John Legend and his Get Lifted Film Co. are aiming to uncover another tale from Black History. The production company–which is also responsible for Turn Me Loose, an Off-Broadway production about comedian and activist Dick Gregory, and Southside With You, a film about the Obamas–will join forces with Tika Sumpter to create a series based on Black Wall Street for WGN.

“We’re so excited to continue to grow our relationship with WGN America,” Get Lifted’s Mike Jackson told Deadline. “Our experience working with them on Underground has been fantastic. Additionally, we’re looking forward to working with our friend Tika Sumpter to help tell this incredible story that many people know nothing about.”

“The story that many know nothing about” is based on Greenwood, Oklahoma, an all Black community, known as Black Wall Street that built their own wealth and stood economically independent back in the 1900s. The thriving town was attacked and literally burned to ground by White rioters, becoming one of the most tragic acts of terrorism in U.S. History. Once the home of prominent Black leaders, entrepreneurs, doctors and more, over 300 Black people lost their lives and more than 9,000 were left homeless.

Still early in the development stage, Black Wall Street could debut in 2018 if picked up as a series.