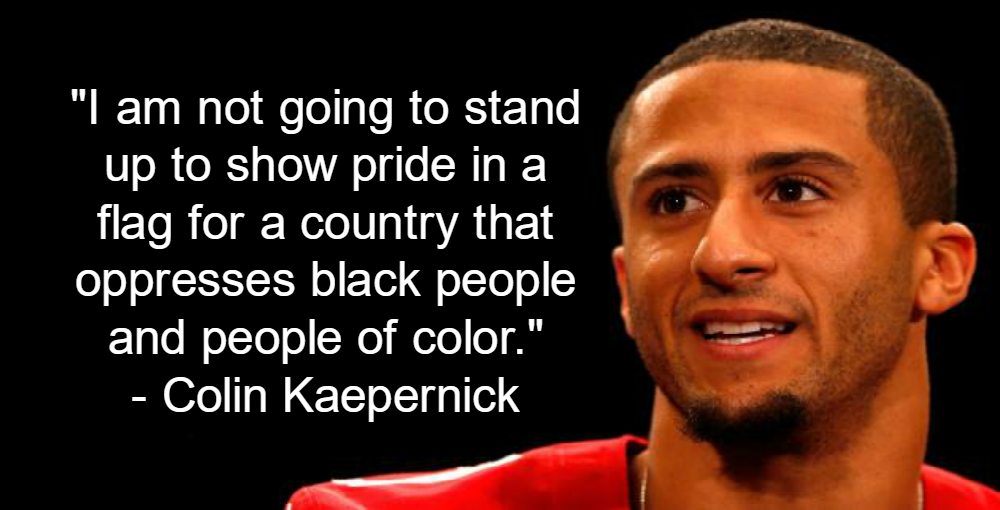 Fifteen African Americans have been subjected to the ongoing violence at the hands of the Police Officers since Colin Kapernick started a historical movement when he began protesting the national anthem by sitting, and then later kneeling in the pre-season.

If you remember during Kaepernick’s decision to boycott the national anthem caused quite the controversy from everyone in Politics, Celebrities and the American people. In a statement Kapernick said “I am not going to stand up to show pride in a flag for a country that oppresses black people and people of color.” As of late, Kapernick had received death threats as well as being voted the worst NFL player along other big names such as Tom Brady. But, If death threats or being voted worst player won’t stop him from spreading the relevancy of the ongoing fight for equality than maybe this past week’s police shooting will spark some conversation amongst his critics.

On Monday, everything Kepernick’s stood in solidarity for made headlines once again with the video release of unarmed black man shot and killed by a female police officer.  The video show 40-year-old Terrence Crutcher, like so many other black men, who complied with police officers commands while having his hands while up walking back to his truck, which was disabled in the middle of the road. However, before the release was made many people had questions as to the statement given by the police officers, stating that Crutcher had ignored officers’ warning to raise his hands in which the dash cam video shows otherwise.

According to a recent poll conducted in 2016 close to 800 people have been killed at the hands of Police while only 193 of those people were black and only 15 of them were killed since Kapernick began his protest.

Now, Without a doubt these protests are meant to create a dialogue concerning social injustice. And of course, the issue is bigger than just football, there’s a clear divide in this country right now between people who respect his right to protest and people who believe he should stand for the national anthem.