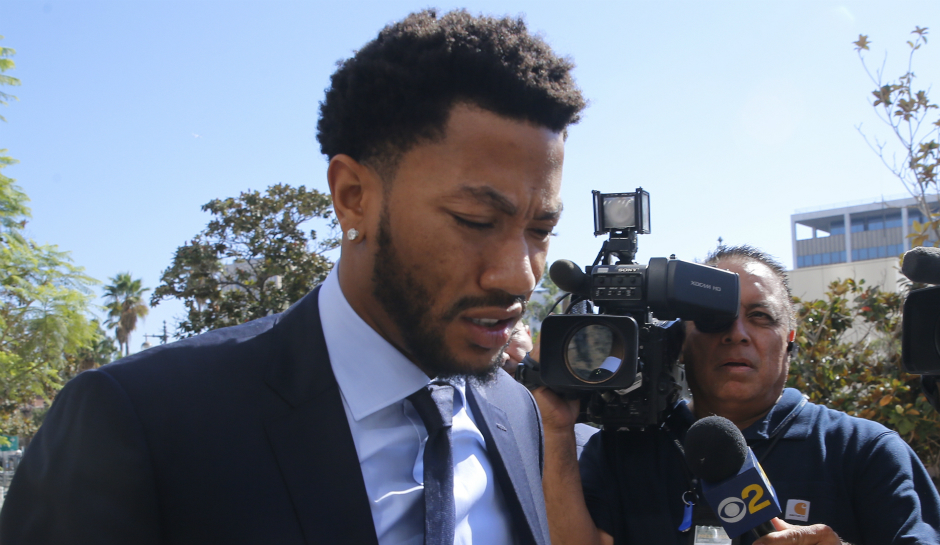 Derrick Rose can breath a sigh of relief.  The Knicks guard Derrick Rose was found not liable on all counts in the civil suit accusing him and two friends of gang-raping a woman in 2013. Rose’s two friends, Ryan Allen and Randall Hampton, were cleared on all counts as well.

As Rose was cleared on all charges including sexual battery, battery, trespassing, conspiracy, gender violence and emotional distress, he tilted his head back while the alleged victim had her head in her hands throughout the whole reading.

Mark Baute, Rose’s lawyer, said all three men were innocent from day one. “The system worked,” he said. Baute added that he was very disappointed in the media coverage, and that “all the reporting is biased” against Rose because he is a black man.

As cameras caught Rose entering the courthouse he had this message “focus on the season.” On the heels of Donald Trump sexual assault allegations surrounding the Republican presidential nominee, Mike Monico, lawyer for the other two defendants, said it is a horrible time for sexual assault in America right now, but he is glad the jury was able to overlook that in this case. Said Monico, “it’s amazing that one woman and a false claim can cause this much difficulty for these men.” Waukeen McCoy, the lawyer for Jane Doe, said he doesn’t see how the jury could have reached the conclusion it did. He told reporters “a celebrity can come to court and slut shame a plaintiff.”

The jury took everything into consideration, however, accounts seemed to varry about the details leading up to and after the events occurred.  However, a former friend called her a liar several times questioning her credibility because she handed text messages over to Baller Alert in the early days of the investigation.  They jury decided that she was a willing participant because three years had passed since the alleged incident was not a factor, except for how it affected witnesses ability to remember what happened. Her statement of blacking out, her alcohol drinking, and not getting a hair test done to test for date rape drugs all proved the plaintiff correct before deciding, but felt like they couldn’t.