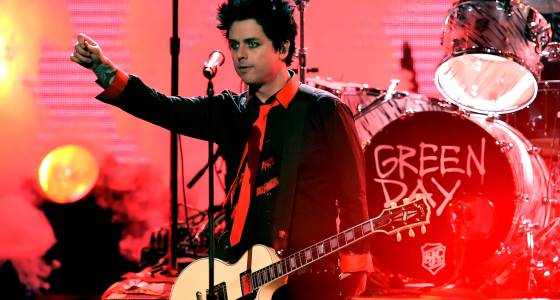 The America Music Awards made great tv last night with stellar performances and memorable moments such as Drake’s comment as he accepted his favorite rap album award. Green Day really stole the show with message on stage.

“No Trump. No KKK. No fascist USA,” the band’s frontman repeatedly chanted.

This isn’t the first time Armstrong has spoken about against Trump. Through social media he communicated his disappointment with the outcome of the election.

“Our social progress got punched in the face. Hard,” he wrote in an Instagram post. “It’s hard to tell if we made any progress at all.. the dark side of our better angels have spoken.. they gloat.. they cheer.. I pity them.”

Trump has yet to take to Twitter to express his feeling about the performance or of his wife, as Gigi Hadid mocks how she plagiarized Michele Obama speech early this.