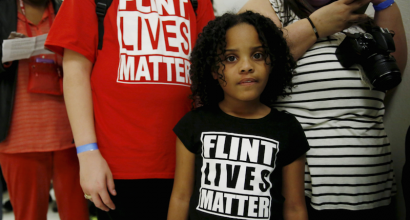 Monday December 5,2016, the US Senate passed the Water Resources Development Act 95-3, which approved $170 million to help address the water crisis in Flint, Michigan.

“Today’s passage is an important reminder to the nation that the crisis in Flint is far from over. Today families still cannot drink the unfiltered water that comes out of their faucets! Now, our colleagues in the House need to act as quickly as possible. It’s also essential that the State of Michigan fully meet their responsibilities to solve the water crisis,” Sen. Debbie Stabenow, D-Mich., said in a statement.

The bill sets aside $100 million to fix the broken water system that has left Flint in crisis $50 million for healthcare for children who suffered lead poisoning and $20 million to forgive Flint’s old drinking water loans. $70 million will also go to activate a $1 billion fund for low-interest loans to finance upgrades to water infrastructure.

It’s up to the House to pass the bill as well in order for this bill to take affect. As part of a continuing resolution needed to keep the government funded for the rest of the year. The current resolution expires Friday.