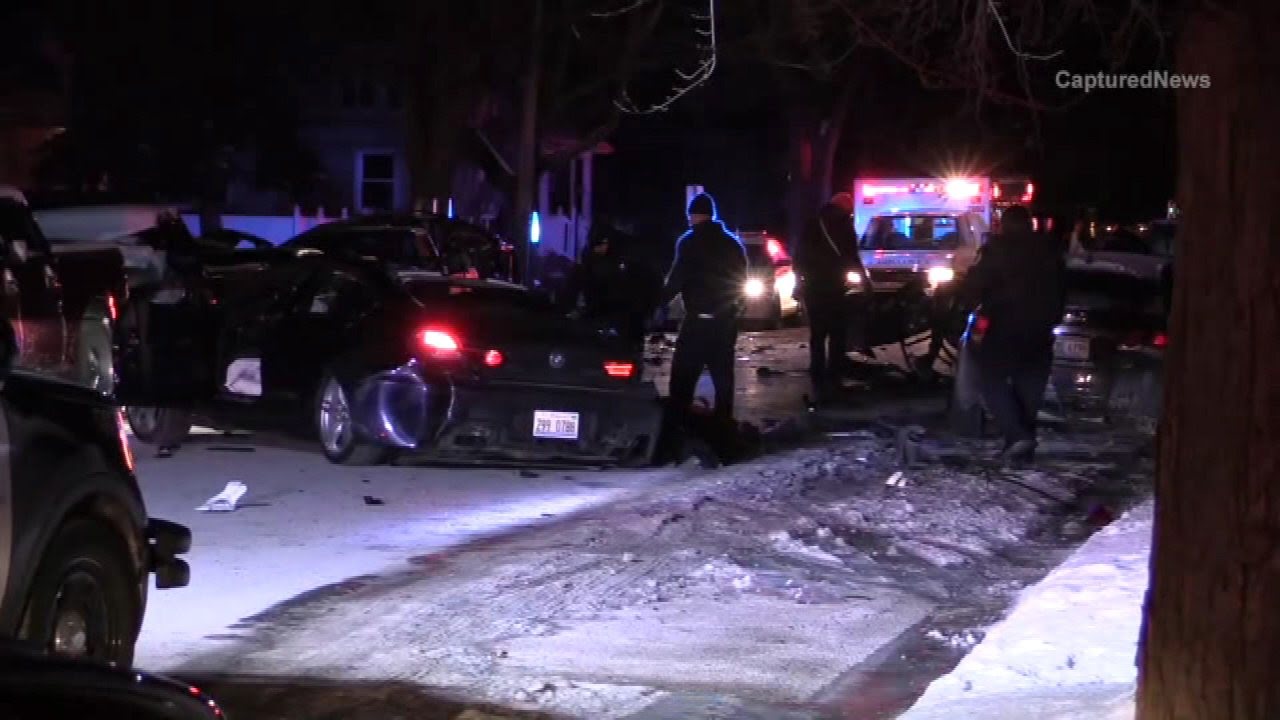 The Word via Chicago Tribune….

Emergency crews responded around 3:15 a.m. to a report of a crash near West 143rd Street and Harrison Avenue

Police a driver lost control of a BMW as it approached a four-way stop. There were five people inside the car – a male driver and four women, one of whom may have been his girlfriend. Investigators said the BMW struck several parked vehicles and at least one of the victims was ejected

“We think alcohol is involved. Obviously, with the extensive damage to the cars – the parked cars – probably excessive speed. That’s why we have the Accident Reconstruction Team out here to fill in those blanks,” said Chief Doug Hoglund, Posen Police Department.

The investigation is ongoing, condolences goes out to the family of the victims.