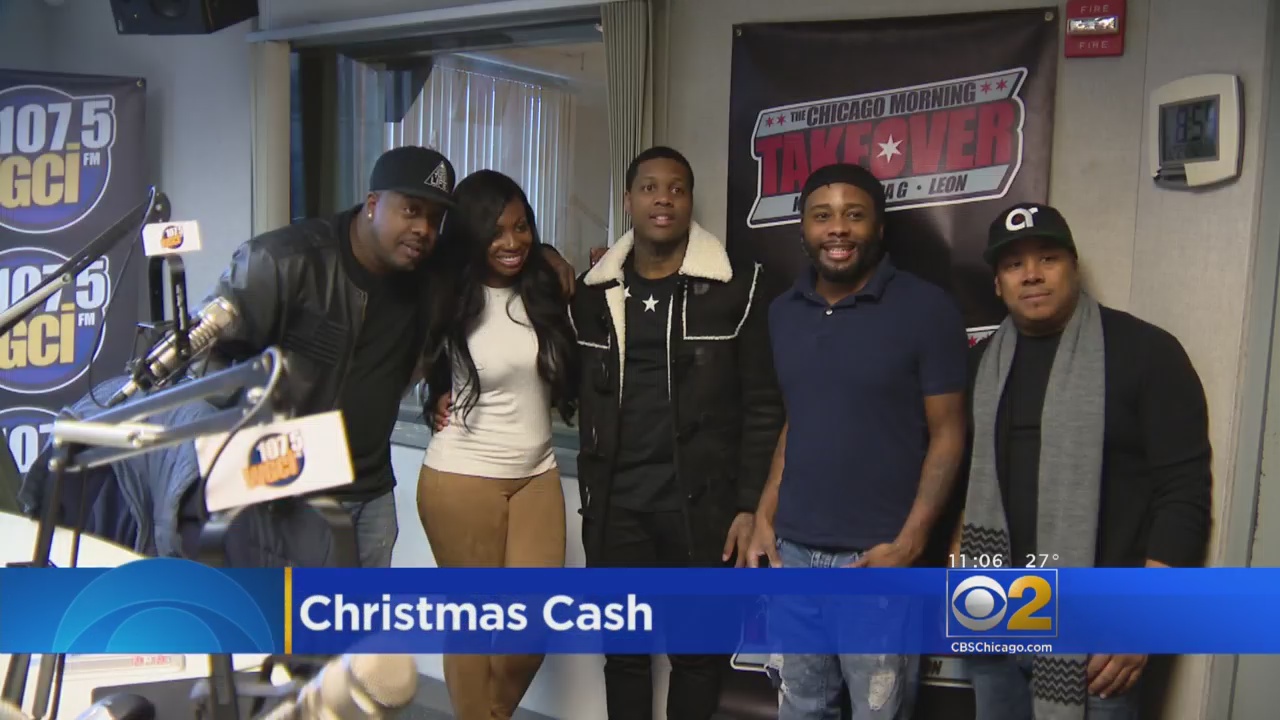 Christmas came early for many Chicago families, thanks in part to WGCI, Mountain Dew and Lil Durk.  Chicago rapper Lil Durk knows first-hand how tough it is around Christmas when you live in poverty. He donated money to this Christmas charity.

“I like the fact that you’ve set a standard that I feel like some other little homies out here should follow, man. If you really love your city, this is a way you give back,” he said.

13-year-old Kiara Brooks wrote to the station. Kiara’s father has been in prison for the past 12 years.

“My Christmas list begins with shoes for me and my brother, but most of all I just want my family to have the best Christmas ever,” she wrote.

Kiara wish came true, as WGCI gave her $1,000 for Christmas. Fred Spence, of Englewood was awarded $1,500; Spence has lost his job and didn’t have money to buy gifts for his wife and five daughters.

“They’re going to be real happy. I’m going to get a whole bunch of hugs and kisses,” Spence said.

WGCI chose the two winners out of a pool of more than 2,000 letters. Mountain Dew also sponsored the radio station’s Christmas giveaway.