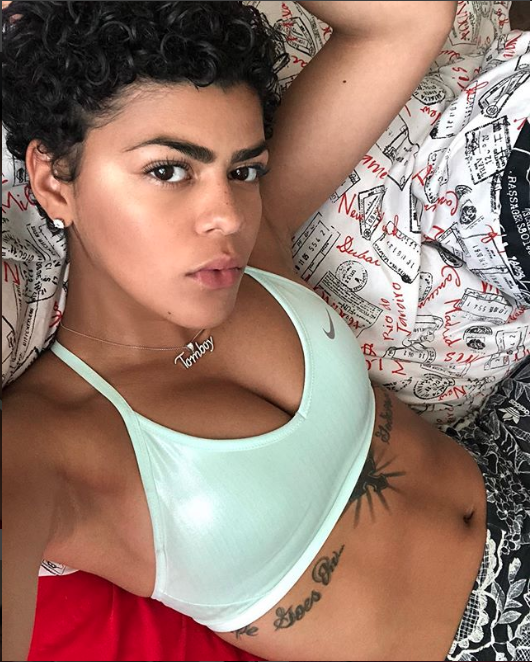 Toni Romiti a 23-year-old girl from Chicago il with a dream of playing basketball & becoming a singer/songwriter. In high school, Romiti was one of her school’s star basketball players whose passion was to sing. Romiti started her fan base from Vine by creating comedy skits. You guys might know her as being the creator of “bish whet” or even her hit song “NOTHIN’ ON ME” back in the year of 2013. NOTHIN’ ON ME reached over 45 million plays on YouTube. Which also landed her a remix feature with Chicago’s superstar Tink.

“ I cried when I put this song out once I started to see the reaction. I thought I was going to be rich and famous shortly after this. But that’s not how things work”.

Toni shortly after went away to college to continue her education & play college basketball. Romiti later discovered that she wanted to Pursue her career in the music industry so she ended her education & moved to L.A to do so.

“The slow grind has been the best. The amount of success I’ve had thus far has been truly a blessing because so many people want the same dream”.

Go check out the full video now me and @dcyoungfly 😂😂😂✨✨✨@genius and don’t forget to listen to Never Thought. video on YouTube ❤️❤️

Thank you Chicago! Such a great time. ❤️❤️❤️Cleveland tomorrow! ✨

Have you listened to my latest project yet?! Make sure you go check it out. If you have already, what’s your favorite song? 👀❤️🙏🏽 thank you for all the support thus far! Keep streaming and sharing with your friends ✨ link in my bio.

Just wanna wish one of the realest a very happy birthday!! Thank you for being genuine. Thank you for giving me the opportunity to open for you. And thank you for just believing in me. Always been real from jump. Not a surprise tho from a fellow Aries! 🔥♈️ I hope you have a wonderful birthday 🎂 gang gang.