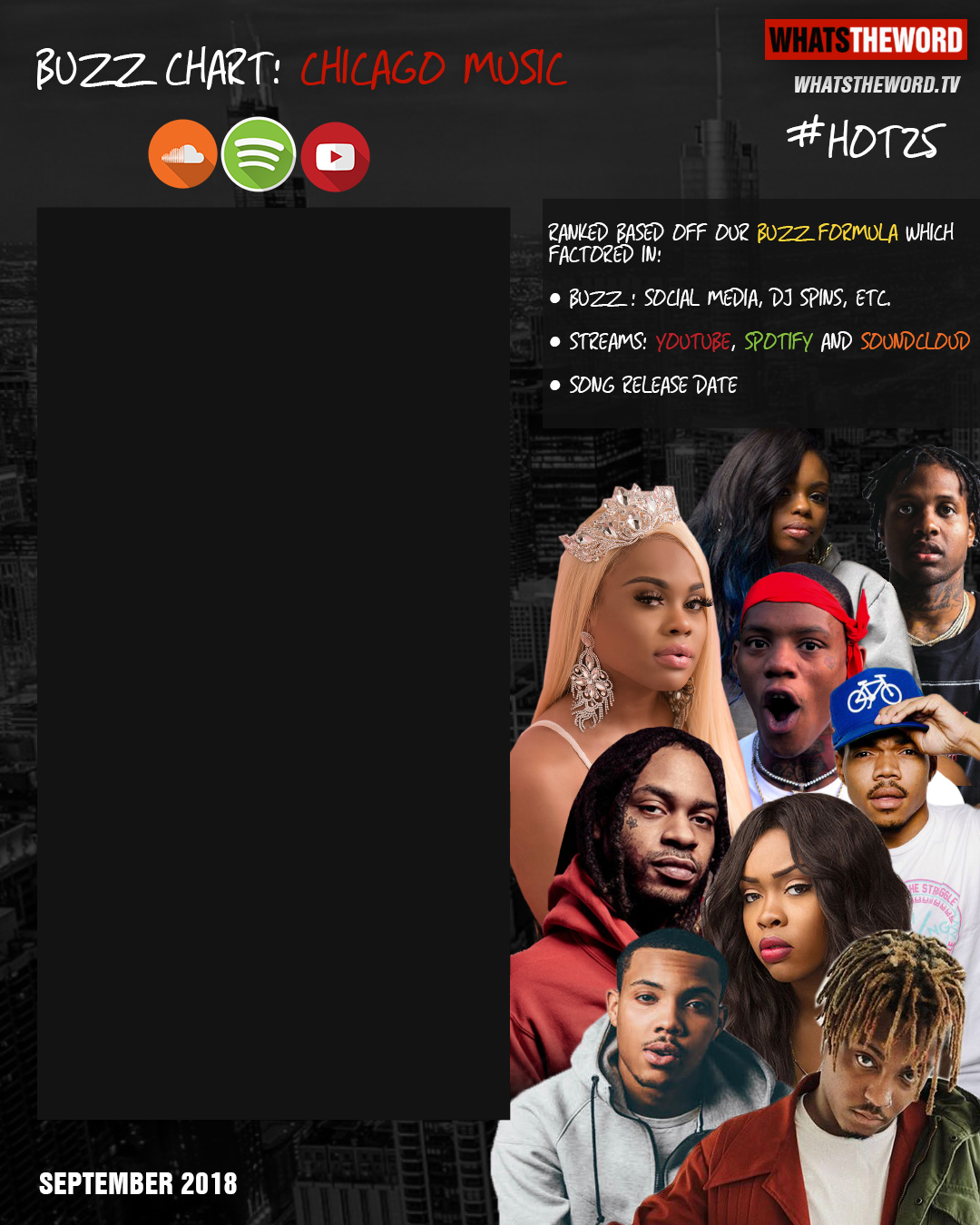 “One good thing about music, when it hits you, you feel no pain.” – Bob Marley

We decided to compile a list of songs, that have buzz from our local Chicago artist. This BUZZ CHART, is similar to the Billboard chart, but instead of weighing in album sales and radio spins, our formula is based on streams. We use Youtube, Spotify, and Soundcloud as our base, the formula also factor in the songs release date.

Example Gherbo “Swervo” record has been released for 2 months and FBG Duck “Slide” has been out for 7 months. Both are buzzing tracks but the streams are almost identical. However, based on our formula Swervo is ahead of Slide because it grew faster and is more relevant.

We are releasing an updated chart every month, this will give the nation an insight into what songs/artists that are buzzing in our market. Using only streams from free platforms provides independent artist like Polo G and El Hitla to compete with seasoned industry artists like Dreezy, Lil Durk, etc.

Music is subjective, so no one man can say which record is better than the next. After consulting with DJs, A+Rs, bloggers and our youth studying group,  in conjunction with our formula the BUZZ CHARTS serves as the voice for the people, the listeners, the true Goal Keepers.

PLEASE REVIEW THE CHART BELOW