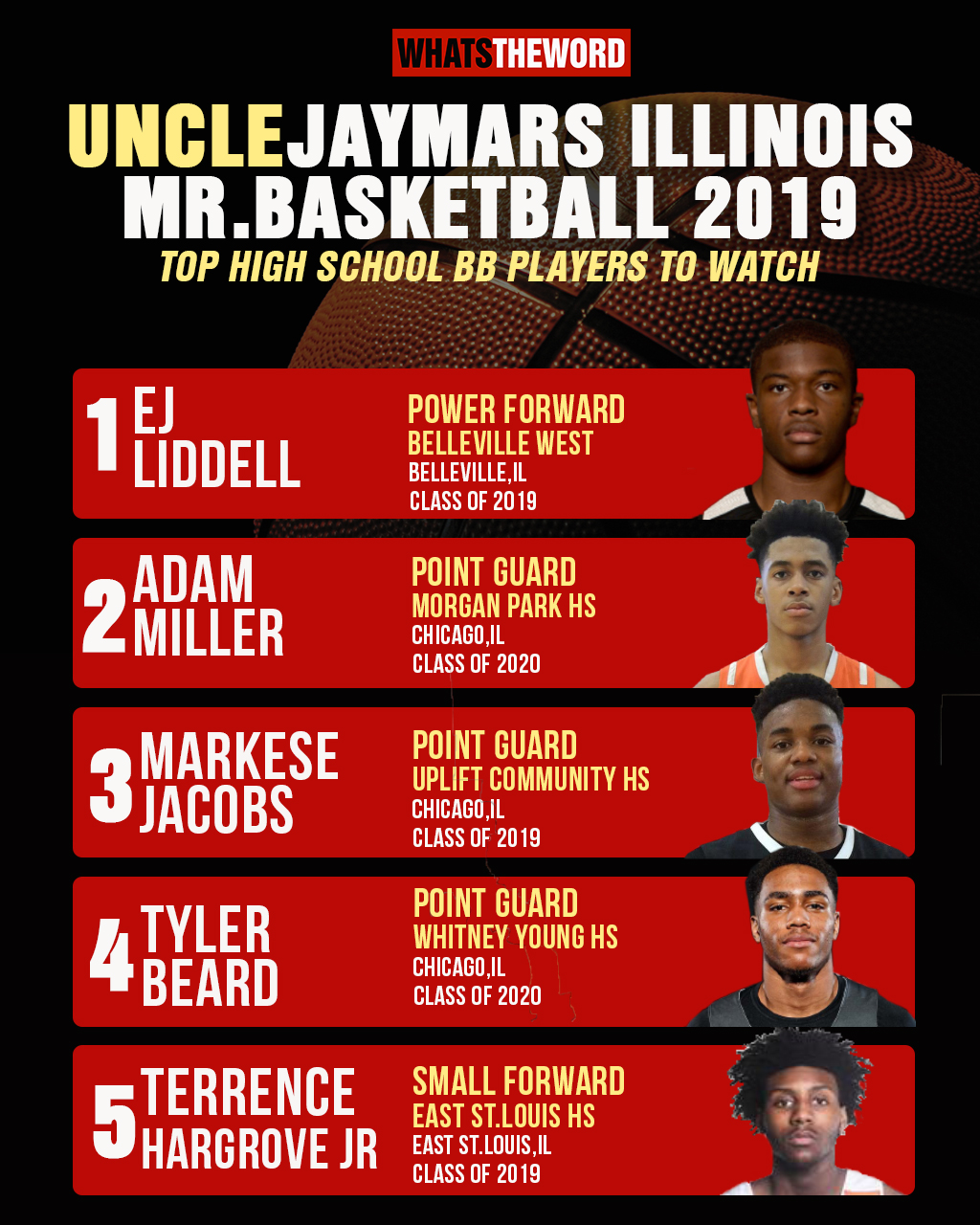 It’s almost that time of year again, basketball season is in full bloom. With that comes exciting high school basketball action. But why am I here, well let me tell you. I’m gonna to tell you who will be the top 5 contenders for Mr. Basketball Illinois

Coming in at number 5 is the 6-6 slasher from East St. Louis, Terrence Hargrove. The three star commit can do it all, shoot threes and get to the basket. You can expect him to average around 22-25 points per game next year from the Saint Louis commit. Side note, if he de-commits and chooses Missouri he and Xavier Pinson could be a nice duo.

At number 4 I have Tyler Beard the point guard from Whitney Young. I wanted this to be a tie between him and his teammate DJ Steward but only one could be chosen. Beard is a smooth guard that can light up the score board and also be a great playmaker. I can definitely see him moving on this list in the next coming months.

Number 3 is a kid with a lot of heart. Markese Jacobs is listed at 5’11 but standing next to me I give him 5’8, 5’9 at best. But boy can this kid jump out the gym. He just recently decommitted from Kansas to commit to DePaul. It’s good to see homegrown talent stay in state.

The Ace…. The Wolf ….. Adam Miller of Morgan Park is a big time player who makes big time plays. He is a unique player from the way he plays to even the way he wears his headband. Offers from Illinois, Kansas, Northwestern and Louisville show how much he is valued as a point guard. The crazy thing is he is only a junior in high school. While he might be a great player, he only comes in at number 2 on this list.

I promise I’m not being bias because number 1 is going to my favorite school (Ohio State) but EJ Liddell is the truth. He is the ESPN number 1 ranked in Illinois and well deserved. I would like to see him play some powerhouses like Simeon and Morgan Park. From offense to defense he is exceptional, I really want this kid to succeed.