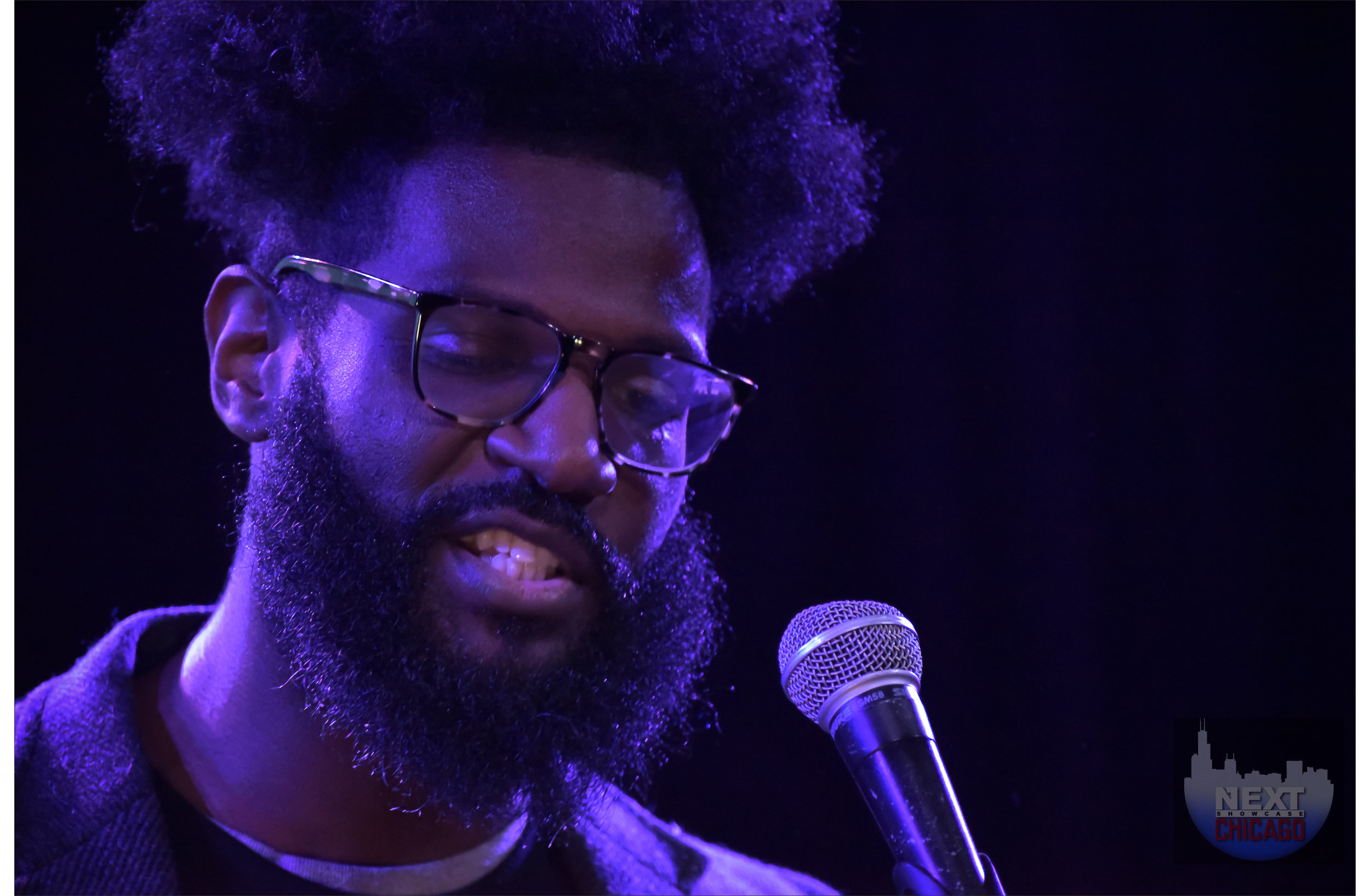 Last week, WHATS THE WORD had the pleasure of attending the Next Showcase Chicago created by Mark Hubbard and his team. Hubbard’s inspiration and vision behind the event was as he stated ““… was to provide a platform for up and coming artists to promote their talents.“ And after a long journey of planning and auditioning, the vision of the showcase was achieved.

The scene at the event was very welcoming and inspiring. The room was filled with

artists, friends, family, and business professionals. The atmosphere of the room spoke of love, positivity, and care. Everyone in the audience did what the event promoted, which was lend a listening ear to rising talent.

The set-up of the event was simple, last month the Next Showcase held open auditions for everyone interested. After a lengthy audition process, the crew selected their favorite performers. The selected few were then invited to perform live at the event in front of judges. What made the event unique was that it catered to bettering the artists themselves. Next Showcase, didn’t simply give artists a stage to perform on, they gave them a platform to perform and get advice from business professionals. Following each performance the panel of judges critiqued the artists by giving feedback on their performance and the artists as a whole. The panel included, Brian Deck, Juan Teague, Thomas McDonough, Tyra Martin, Pat Grumley, Anita Wilson, and Chris Neville. The panels were esteemed professionals in the music business who’s jobs ranged from Grammy nominated singers to record label executives. Needless to say, the panel was scouting for the next big thing.

Although the event was not a competition, the judges went around and shared their favorites of the night and voted on a top artists to walk away with a cash prize of $500. That lucky performer was Deonte Baker whose soulful and powerful voice performed ‘A song for You’ by Donny Hathaway. Although a winner was chosen, none of the performers walked away empty handed. A lot of the artists were invited to work professionally with members from the panel. Other than exposure to label executives, performers won incentives like studio time, advice from panelists, and other cash prizes. A major announcement of the night was the showcase’s partnership with the City of Chicago. The Next Showcase will be holding free artists enrichment classes starting January 2019!

The Next Showcase Chicago was one worth the visit and one that we look forward to seeing continue. With the abundance of musical talent running through Chicago, the event was certainly needed. Mark Hubbard and his team created a night dedicated to artist enrichment and individuality, while creating a community and atmosphere dedicated to appreciating the music industry and uplifting artists while guiding them towards their dream.