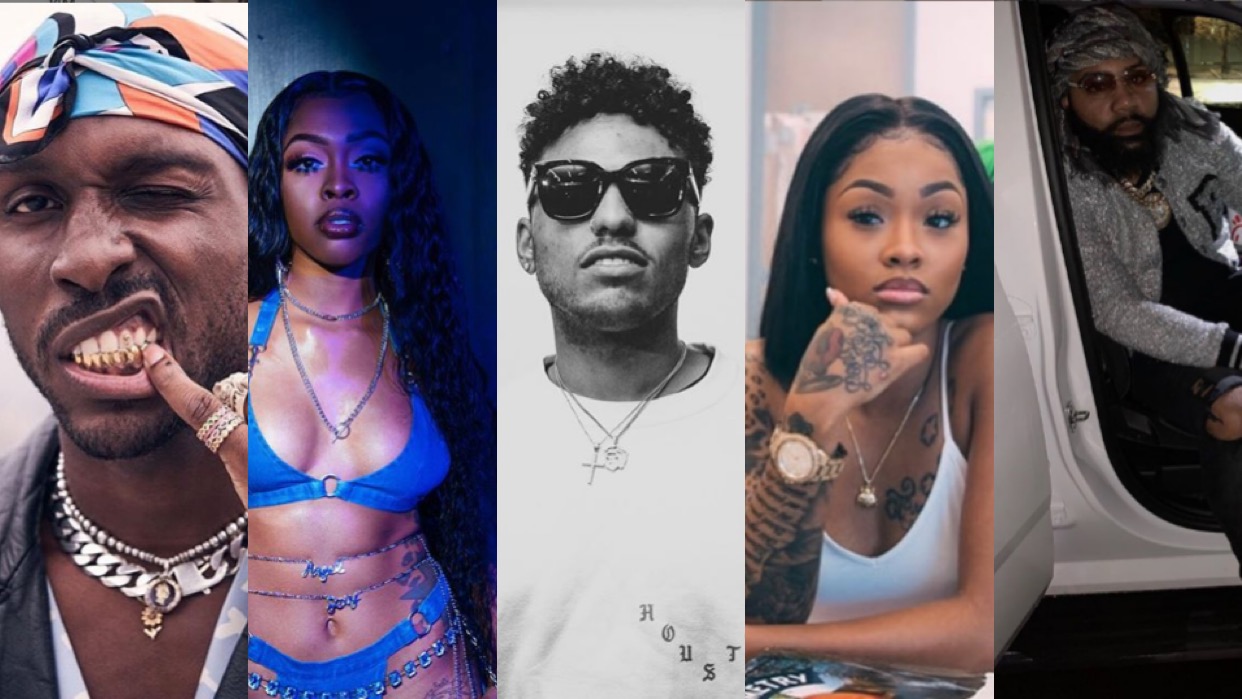 Alot of new heat to stream, check em out below

Since breaking ties with Cash Money Records, Atlanta rapper Money Man has been on one hell of a run. Dropping six projects in 2018. Money Man ended it off right with the Unknown track, Baby and Cash Money will miss him.

Who Put You On: @CodyMackkk

SAINt JHN steadily makes moody trap-&-B that sets itself apart thanks to his pen abilities and urgent voice that captivates without ever being corny. This kid is amazing after listening to his project collection one, its shocking this kid isn’t over the charts yet. With so many dope records the Roses joint stood out the most, Saint JHN is the real deal be on the look out.

Who Put You On: @simoneking_

Had to show love to Joey Purp for this track, he is keeping Juke music a live! Combined with the visual, the Chicago native is really putting on for the crib.

Its not winter without an emotional “In yo feelings” record from Tink. Has been questions surrounding her since partying ways with the legendary producer Timbaland. As of now she has released an EP and now this new single Different. Achieving over 1 million views on youtube in a month, its clear that Tink is still got the juice.

Who Put You On: @therealbriahbanks

JmoeFromDaBam is one the rising talents from Chicago, a very hard working artist. While others wait for it to come Jmoe is on his grind, he gets to it EARLY, and as result he creates good music like YEEZY. Be on the look out for more heat from Jmoe.

Who Put You On: @CodyMackkk

Teaming up with YK Osiris got the internet going crazy with the “Secret” record, the video only been out for 4 days and its almost at 1.5Million!!! Chicago artists continue thrive. 2019 is looking good.

On the first ear, knew this song is a hit. Bread Doe went in on this song. The term say less is a under statement, you are listening to a future R&B Star.

Who Put You On: @__raisinbread