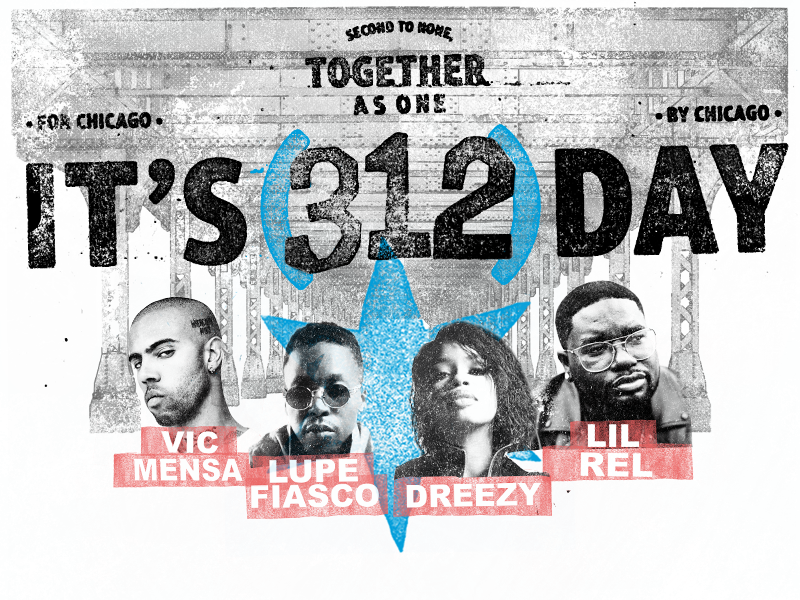 On March 12, other wise known as 312 day, Chicago gathered to celebrate the city’s greatness. The event was hosted in the River North neighborhood at Revel Fulton Market. The night was highly engaging and included appearances from Lupe Fiasco, Lil Rel, Don C, Vic Mensa, and more.

The event was hosted by WGCI’s Kendra G and sponsored by AT&T. Foods that are associated with the ‘Windy City’ were given away for free. Dishes included Harold’s Chicken, Chicago style hot dogs, pizza, and tacos.

In order to be admitted guests had to be 21 or over and received three tickets for free alcohol. There were also lots of ways to interact during the event. Guests were asked to use #ItsA312Thing and to tag WGCI for a chance to be featured on their IG story.

There was a 360 degree photo booth, chances to win prizes, and even the pay phone made a cameo thanks to AT&T.

Total attendance for the event was estimated to be about 1200. This was a free event and was only promoted about 5 days before the date.

Check out some pictures from my experience at 312 Day below.