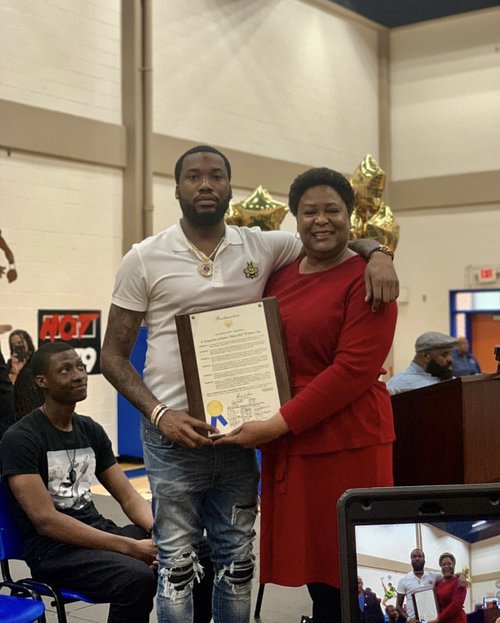 One by one, cities throughout the nation are honoring rapper Meek Mill for his recent efforts to fight the country’s broken criminal justice system. The latest city is Atlanta, which gifted the Philly native with his own day and the city’s highest honor.

On Monday, City Council President Felicia A. Moore and Councilman Cleta Winslow presented Meek with a proclamation declaring March 25, 2019, Meek Mill Day in Atlanta, Georgia. In addition, the city wanted to highlight Meek’s work in the political field by honoring him with the city’s highest honor, the Phoenix Award.

Atlanta describes their Phoenix Awards as “a small number of awards are issued to individuals who have made significant contributions to the local community, and are celebrating a major milestone.” The city confirmed that the rapper is considered an “honorary citizen.”

THE WORD | LIL UZI REMIXES Gherbo’s Gang Way To Diss DJ DRAMA &amp; Don Cannon?
WHATS THE BUZZ? (What You Should Listen Too Week of 3.24.19)