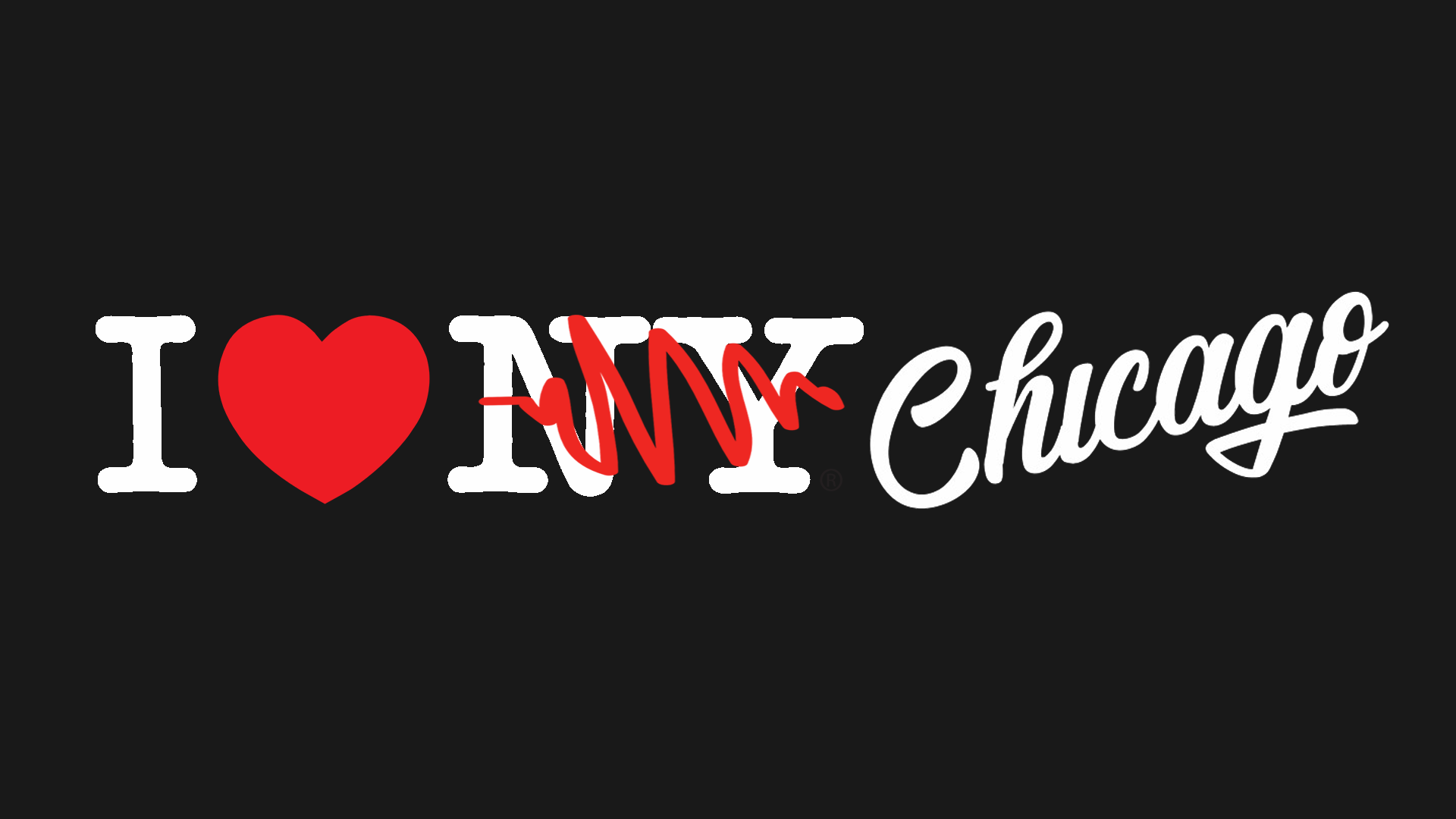 The Big Apple, The City That Never Sleeps, The Media/Fashion Capital of the World. As you’ve probably guessed by now, I am not talking about Chi-Town. I am speaking of the city that people say dreams are made of, New York City.

Recently, I had the pleasure of visiting the concrete jungle. I’ve always dreamed of going to New York, living there, I even applied for a few jobs. To be able to visit was like a dream. During my visit I was shocked to see how much better Chicago is.

I got inspired to write this piece after my visit and stumbled across this article,“33 Reasons Chicago Kicks New York City’s Ass”. Here, I take a few reasons from them but speak on other ones as well.

As Chicagoans, we know how to lay it on THICK when it comes to our pizza. This seems to be a foreign land in New York. Not to say that their pizza isn’t good, but you have to eat about 3 slices just to get somewhat full. And what they think is deep dish, is actually deep crust. I’ll give it up to them when it comes to there pizza shops being on almost every corner, which cannot be ignored, in addition to the food stands that come in handy.  When you’re in the Chi, Giordano’s will have your stomach satisfied with one bite from its’ packed slices, the same goes for Beggar’s. NYC’s measly pizza pie cannot compare to our fulfilling slices.

That’s right, our skyline. New York has something that Chicago does not have, which is multiple skylines. But what Chicago has that New York doesn’t is beauty. Our skyline has symmetry and buildings aren’t just placed in random places, When you look at our city in the night sky, it’s a picture perfect moment, something to be appreciated. The way that everything is placed in New York, you’d have to have a million eyes to see anything. Picture a cool summer night at the lakefront, looking out and seeing that Chicago skyline. It gives me goosebumps just thinking about it.

Riding the New York train system is an experience like no other, because it was so CONFUSING. I don’t understand how a platform has two trains that go in the same direction. What they do have a leg up on is the full plastic seats, while Chicago uses fabric on its public transit. (terrible idea and possible they reason why there has been an influx of bed bugs) However, Chicago’s subway system is much more easy to navigate with our color lines. When you get on a CTA platform you know that a train is going one way or the other, which eliminates the confusion by 200%.

Of course Chicago is cleaner. When a city is void of alleys and puts their garbage curbside in front of their home, that’s a recipe for disaster. I mean, I was in Times Square and visited a Chase Bank where there was loads of trash on the floor. I’d never seen anything like it. Cleanliness counts for something and New York is definitely losing that competition. I was just happy I didn’t any infamous NYC rats during my visit.

The people in Chicago are much more dope than the people in New York. We are way nicer. Who says that just because you’re focused on what you got going on that you can’t say excuse me or sorry when you’re in someone’s way? One thing about Chicago is that we are some of the nicest people you’ll ever meet, even NYC has admitted it.

Some of the dopest people of the culture come from Chicago. I mean, when you have Chance The Rapper how could you lose? NYC may have Jay-Z, but we all know that Kanye has shaped the culture so much more.

THE WORD | The Homecoming Of The Year! Beyonce’s Netflix Special
THE WORD | John Singleton in a coma after suffering stroke