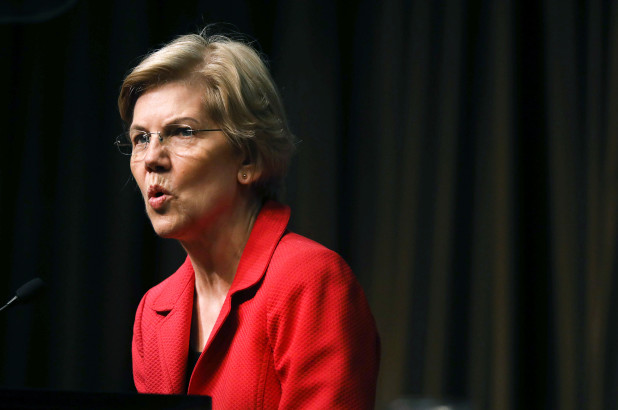 Sen. Elizabeth Warren (D-Mass.) just released a wide-ranging plan to fix the U.S. college system, with proposals including making two-year and four-year public college free and expanding the size and scope of the federal Pell Grant program. And one particularly radical idea is sure to grab the attention of young people around the country: wiping out student loan debt for the vast majority of American borrowers. “The time for half-measures is over,” Warren, one of many politicians and public figures hoping to secure the 2020 Democratic presidential nomination, wrote in a post published Monday on Medium.

“My broad cancellation plan is a real solution to our student debt crisis. It helps millions of families and removes a weight that’s holding back our economy.” Last year, outstanding student debt in the U.S. topped $1.5 trillion, a growing financial burden that Warren argues is “crushing millions of families and acting as an anchor on our economy.” “It’s reducing home ownership rates,” she wrote. “It’s leading fewer people to start businesses. It’s forcing students to drop out of school before getting a degree. It’s a problem for all of us.”

To address the problem, Warren is suggesting what she calls a “truly transformational” approach: wiping out $50,000 in student loan debt for anyone with a household income below $100,000. People with student loans and a household income between $100,000 and $250,000 would receive substantial relief as well. At that point, “the $50,000 cancellation amount phases out by $1 for every $3 in income above $100,000,” Warren wrote. Under Warren’s proposed plan, up to 76 percent of households with student loan debt would receive “total loan forgiveness,” according to an economic analysis of the proposal by academics at Arizona State University, Brandeis University and the University of Tennessee, Knoxville. Ninety-five percent, or 42 million Americans, would be eligible to have at least some of their debt canceled.