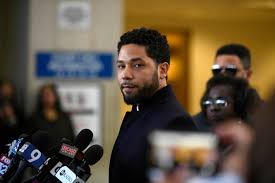 Empire has been renewed by FOX for a 6th season, but Jussie Smollettt will not be returning. This news comes after the incident that Smollett has been said to have orchestrated. It is alleged that Smollett filed a false police report that he was assaulted by two people, wearing “Make American Great Again” hats.

It was later said that Smollet staged this attacked and paid two Nigerian actors to help him pull off this act. There were rumors that Jussie staged an attack because he felt that his pay was not enough on the hit show. Though Smollett still denies these accusations, he has left a bad taste in many people’s mouths.

Fox made this announcement Tuesday:

“By mutual agreement, the studio has negotiated an extension to Jussie Smollett’s option for season six, but at this time there are no plans for the character of Jamal to return to ‘Empire,’” the studio said in a statement that gave no reasoning was given for the decision.

We will most definitely being staying tune for more on this situation.