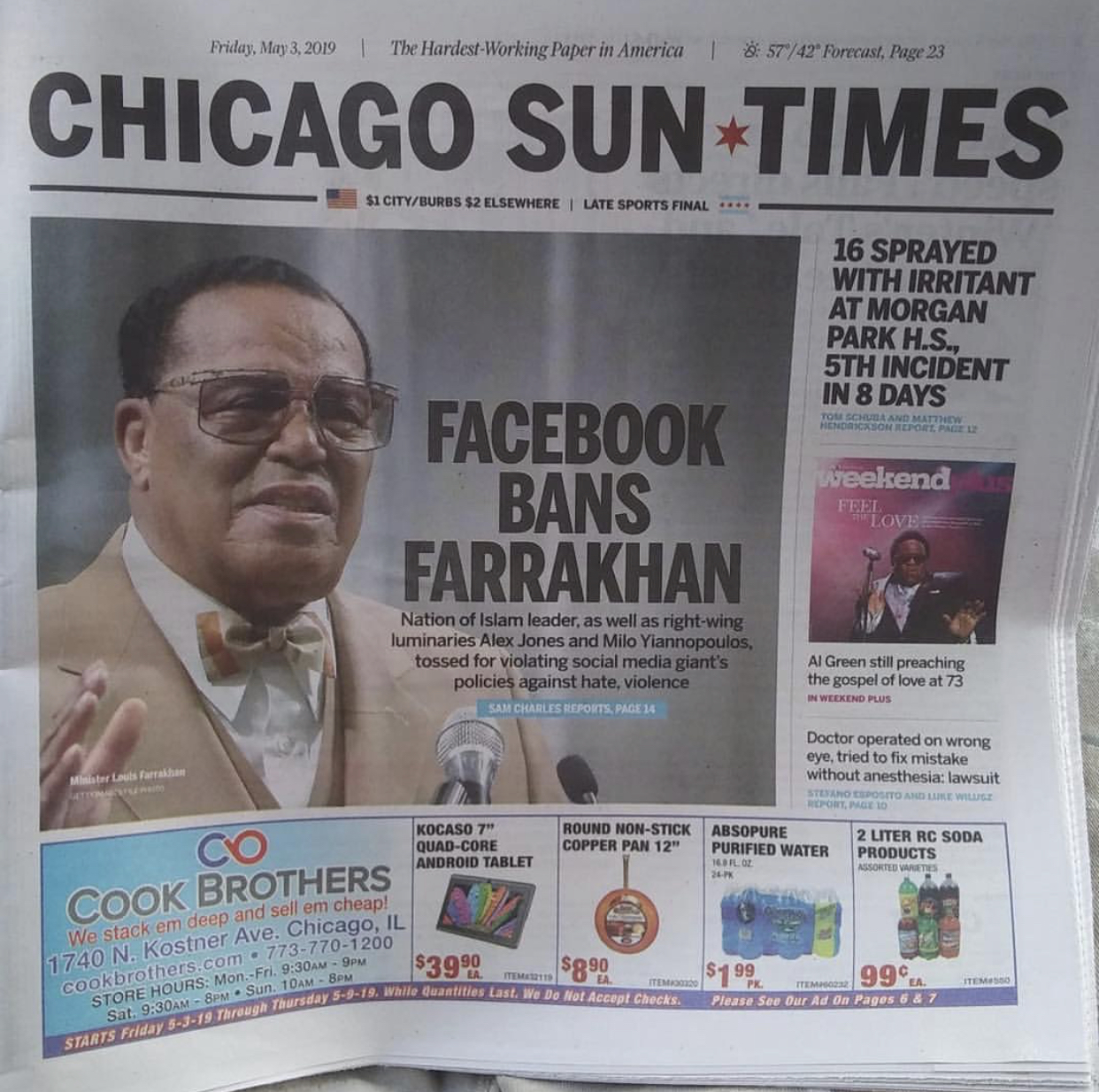 Facebook has banned the longtime leader of the Chicago-based Nation of Islam Minister Louis Farrakhan — as well as right-wing figures Alex Jones, Paul Nehlen, Paul Joseph Watson, Laura Loomer and Milo Yiannopolous. This action is a result of the tech giant’s efforts to rid its websites of hate speech and “dangerous” people and organizations.

Accounts were removed from both Facebook and Instagram for violations of Facebook’s policies, the website said in a statement. The Nation of Islam’s Facebook page, however, was still accessible Thursday night and does not appear to have been banned.

Facebook says it has “always banned” people or groups that proclaim a violent or hateful mission or are engaged in acts of hate or violence, regardless of political ideology.

The official Facebook and Instagram pages of The Honorable Minister Louis Farrakhan have been removed by Facebook, Inc. We invite you and others to join our Nation of Islam email list to stay connected with Movement & Action! https://t.co/Gl8HkilLxn pic.twitter.com/MNoeoBlRam

How dare FB BAN Minister Louis Farrakhan while daily I come across Racist, Violent and Hateful comments and postings…I STAND WITH MY BROTHER….Mr. Zuckerberg your hypocrisy and double standards are disgraceful #lifttheban #supportfarrakhan