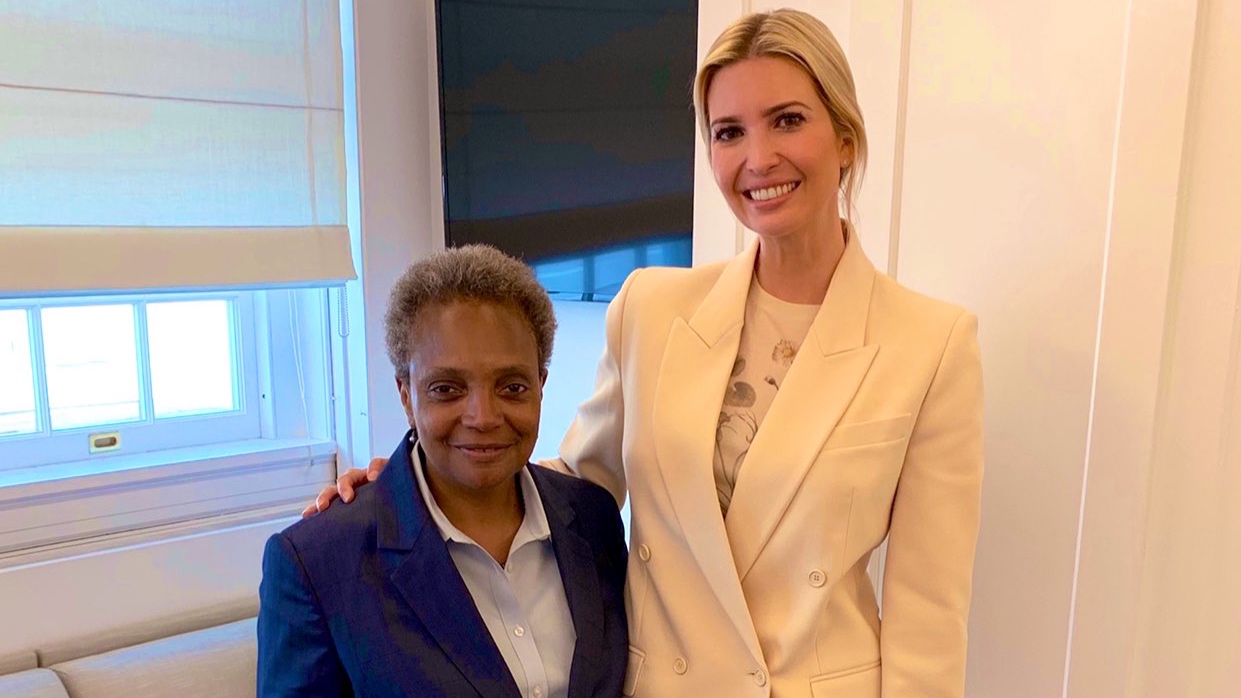 I look forward to working together. pic.twitter.com/EOcuVIkuoy

Mayor-elect Lori Lightfoot arrived at the White House Tuesday, kicking off three days of meetings in the nation’s capital.

Lightfoot was not scheduled to meet with the president.

It’s an honor to welcome Chicago Mayor-elect Lightfoot to the U.S. Capitol today for an engaging conversation on issues impacting Chicagoans and communities across the country. pic.twitter.com/vmC1k0qj3u

The mayor-elect attended a meeting of the Congressional Black Caucus with her fundraiser at a government affairs group. Lightfoot encouraged the CBC’s members during a closed-door meeting to visit Chicago during next year’s Democratic National Convention in Milwaukee.

“Once I take office, my responsibility is to be the chief ambassador for our great city and make sure that people really know the true nature of what’s happening in Chicago and not just screaming headlines that may be tweeted out by a certain someone,” Lightfoot said at an evening news conference, making a clear reference to President Donald Trump.

Her last public meeting of the day was with DeFazio, the transportation chairman, at his office in the Rayburn building, where Lightfoot said she worked as a young staffer making $12,000 per year after college.

“Where I came from, being here in the big city and really being away from home for a lengthy period of time and being on my own was a very big deal,” Lightfoot said.

On Thursday she met with the Chicago and the rest of the Illinois congressional delegation at lunch and breakfast in addition to one-on-ones with Democratic Illinois Sens. Tammy Duckworth and Dick Durbin.

Stood before the House Democratic Caucus yesterday to talk about the big challenges facing Chicago and our country. The only way to take on these challenges to lift up every family is by working together. Thank you @RepRobinKelly for the welcome. pic.twitter.com/r302Rbi1Ve