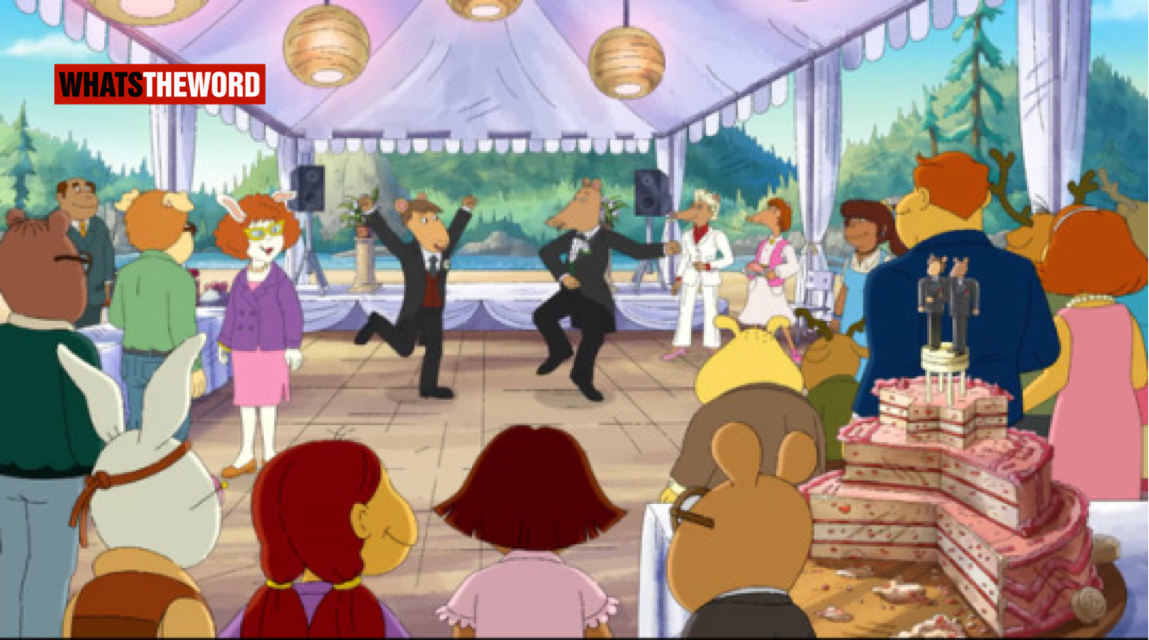 Monday, May 13 the animated children’s series Arthur entered its 22nd season on PBS Kids. The new season kicked off with a bang! In the episode titled “Mr. Ratburn and the Special Someone,” we learn that Arthur’s teacher — the popular and well educated Mr. Ratburn — is gay.

Throughout the episode Arthur, Buster and their friends attempt to break up his engagement after seeing Mr. Ratburn with a rather “pushy” woman who throughout the episode tells him to “toughen up”. Convinced, that marrying her would make both his life and theirs miserable the kids decide to take action without knowing the woman in question is his sister and not the bride to be. Upon the wedding, the kids are shocked to see him walk the aisle with someone else, yet relieved by how happy the couple appears. The kids decide to abort their plans to soil the wedding, and focus their attention on a bigger problem amongst the couple… the way they dance.

While this episode has been well received by the public, many are simply shocked that the series reached 22 seasons, it does leave some asking is the media pushing the LGBTQ agenda onto kids at too young of an age? Several shows on children’s networks like Disney and Nickelodeon have transitioned into the practice of creating and displaying characters who relate to and are members of the LGBTQ community. While many agree that education on the topic is important and the community presence and identity is needed, the culture asks, is it becoming too much for the children?