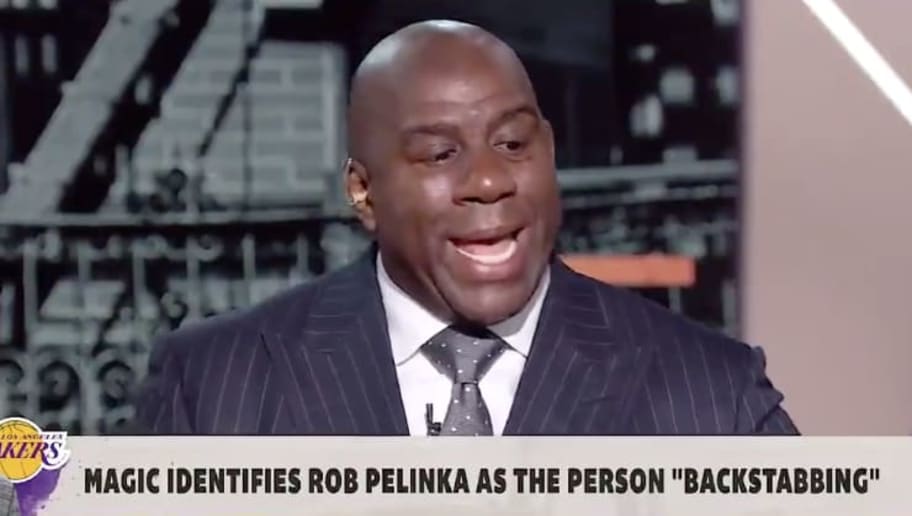 Earlier this year, Magic Johnson stepped down from his position as the president of the Los Angeles Lakers. Now he is finally providing the world with an explanation to why he resigned. During an interview with ESPN’s “First Take” he talked about his tenure as an executive for the NBA team, divulging details about what happened behind closed doors. He specifically talked about his relationship with Lakers general manager Rob Pelinka, who he said betrayed him.

Things really heated up when he wasn’t allowed to fire Luke Walton , and hire his own Head Coach. He said his decision was thwarted by Lakers COO Tim Harris. Thats when he noticed he wasn’t in full control of Basketball operations to make final decisions.

.@magicjohnson explains in full the reason why he stepped down as the Lakers president. pic.twitter.com/oats954tDP

THE WORD | Michael Rapaport Hates on Maverick Carter’s USC Commencement Speech
THE WORD | Was Kevin Durant ‘misdiagnosed? Are The Warriors to blame for Achilles injury?