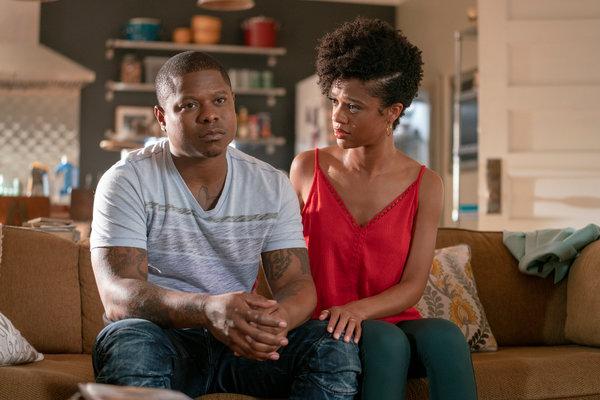 Rising actor, Jason Mitchell, who received his break out role as Eazy-E in 2015 Straight Outta Compton film has recently been dropped by both his agency, UTA, and management company, Authentic Talent & Literacy Management, in what appears to be “allegations of inappropriate behavior”, as phrased by Deadline. The specifics of the accusations like who and what are unclear to the media, it appears that this isn’t the first issue with his behavior. The Chi co-star Tiffany Boone has previously addressed her concerns with the actor which were later resolved.

According to the Hollywood Reporter, Boone previously had difficulty filming with Mitchell. It’s said that Boone felt unsafe working with Mitchell and her efforts to continue working with him have gone so far as to having her fiancé, Dear White People actor Marque Richardson, come to set on several occasions. Ultimately, Boone informed the Fox 21 producers that she could no longer work with him. Aside from Boone, several other actresses from the show came forward with grievances about Mitchell.

The source also added that along with companies UTA and Authentic terminating him, Mitchell has also been released from an upcoming Netflix film, Desperados, which he was already casted but is now replaced by actor Lamorne Morris. Along with the upcoming film he’s reportedly being released from Lena Waithe’s “The Chi” after they’ve been renewed for a third season. The show commented stating that he’d continue no longer than the current season. It’s unclear as to how, the show will move forward with Mitchell’s character, Brandon, considering he plays a vital role to the shows story line.

Jason Mitchell got fired by UTA & Authentic, and got dropped by The Chi & Desperados… pic.twitter.com/BGskScK4Zk

This Jason Mitchell news is shocking… what did he do? He pretty much got dropped from agencies and projects… All ahead of the story… must be bad… Tragic. He was on his way too.

Jason Mitchell news got me like. They better REPLACE Brandon instead of writing him off. pic.twitter.com/vC7YtKX1wY