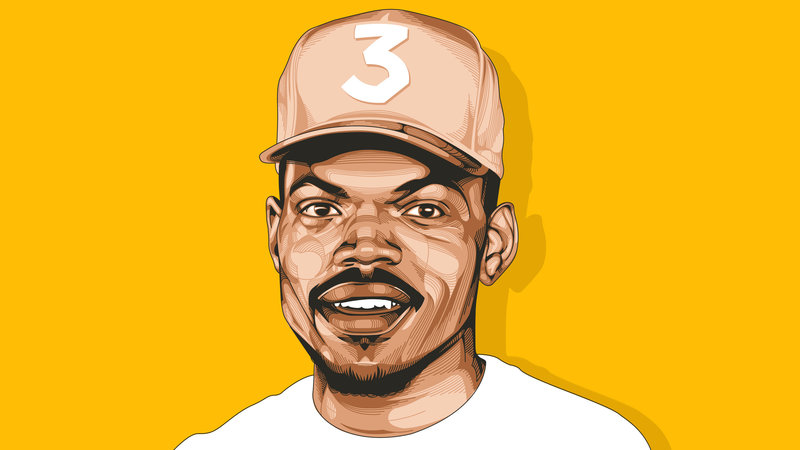 This July we’ll be blessed with a Chance The Rapper “owbum.” Chance has been hyping us up with the anticipation of his debut album since February. From tweets, to instagram posts/stories, and even the fun “GRoCERIES” dance challenge. Everyone is excited to see what this project will sound like and who will be featured.

Although, he has blessed us with music over the past 8 years, this will be Chance’s first official album. As crazy as it seems, it has been 3 years since his third mixtape Coloring Book.

Chance’s mixtapes include 10 Day, Acid Rap, and Coloring Book but he also has honorable mentions such as Surf with The Social Experiment and Merry Christmas Lil Mama with Jeremih. Let’s take a look into those solo mixtapes of Chano’s, and really see what they were about.

The buzz around the newest Chicago rapper came after Chance’s introduction mixtape 10 Day. On 10 Day we learn that Chance got a 10 day suspension from school for having weed on school grounds. During the 10 day suspension he recorded the project which is critically acclaimed.

Tracks such as “Hey Ma” and “Prom Night” left his supporters desiring more. On the mixtape, we learn Chance is a good kid that gets caught up in a bad situation. We hear his innocence in the soulful sounds on this tape. The adventurous and gentle kid from Chicago just wants to be heard.

Chance also collabs with Chicagoans such as Vic Mensa, Alex Wiley, and Nico Segal (now known as Donnie Trumpet) on this piece. We see some of the Savemoney collectively bringing heat to these tracks, that have aged very well.

My favorite thing about this mixtape is the diversity, as we see more of during Chance’s progression. From tracks like “Fuck You Talm Bout” and “Juke Juke” Chance is able to use his creative ability to give us street tracks as well as songs we can dance to.

My favorite track from this project is “Brain Cells.” I find it intriguing because of the catchy hook and his lyrical ability.

What’s most important to digest is the fact that a 10 day suspension lead to a great body of work. Makes me wonder if we would’ve got the same result had it not happened.

Chance’s follow up to 10 Day is 2013’s Acid Rap. Acid Rap is the mixtape that many casual listeners know Chance from. Riding the success of 10 Day, Chance had many eyes on him to release this project.

Acid Rap is more of a music based mixtape than a story-telling one, as Chance stated himself. As you can tell in the opener with “Good Ass Intro,” the jazz influence on this project is in abundance.

He also garnered many notables collabs on this mixtape, including features from Chicago’s own Twista, Noname Gypsy and BJ The Chicago Kid. Other notable features on the project are Childish Gambino, and TDE’s Ab-Soul.

One of my favorites from this mixtape is “Juice,” I love the video and the track. Chance explains how much love he’s gotten from the drop of 10 Day and even shouts out Chicago’s own Chief Keef. This track is so dope, Chance knows that he has the “juice,” the clout, he is the wave, and as he once said “Nigga, I am the culture.” The way he executes it is arrogantly humble.

Chance has also stated that he named the mixtape Acid Rap, because he did experiment with the drug around the making of this mixtape. This is also apparent in the track “Acid Rain”.

Chance 3! Chance’s highly anticipated and greatly celebrated third mixtape. Some would argue that this is his first album. Even if you hadn’t heard his two previous project, you were still excited for this.

You really can tell how much Chance progressed by listening to this mixtape compared to his others. Between the three mixtapes this is the most polished project. However, I’d say 10 Day has a bit more consistency when it comes to content.

Coloring Book is definitely a feel good tape. It’s music that you can listen to that puts you in a feel good mood. In some ways, I actually believe that it is a gospel album. Chance is preaching!

The collabs on this are majorly huge. Chance opens it with the one and only Kanye West in “All We Got,” bringing hella energy and sets the mood for the rest of the project. He also has features from Lil Wayne, 2 Chainz, and even Kirk Franklin.

My favorite track from Coloring Book is “Smoke Break” this track is such a vibe. I don’t smoke but I can’t get enough of this track. I love how Chance uses smoking a bowl as an analogy to not being able to spend enough time with his now wife Kirsten Corley. “We just been smoking a bowl, we don’t got no time to roll” it’s simple, yet its meaning holds much weight.

If I had to rank Chance’s solo projects from favorite to least favorite. I would say 10 Day, Coloring Book, then Acid Rap.

I know that many may not agree, but I fell in love with 10 Day as I listened and learned Chance’s personality and story. In Coloring Book, I felt the lyricisms of a young man who spoke with so much merriment from the release of the first mixtape. Acid Rap solidified his fanbase and made us realize just how dope Chance is.

Tell us what you think in the comments below.