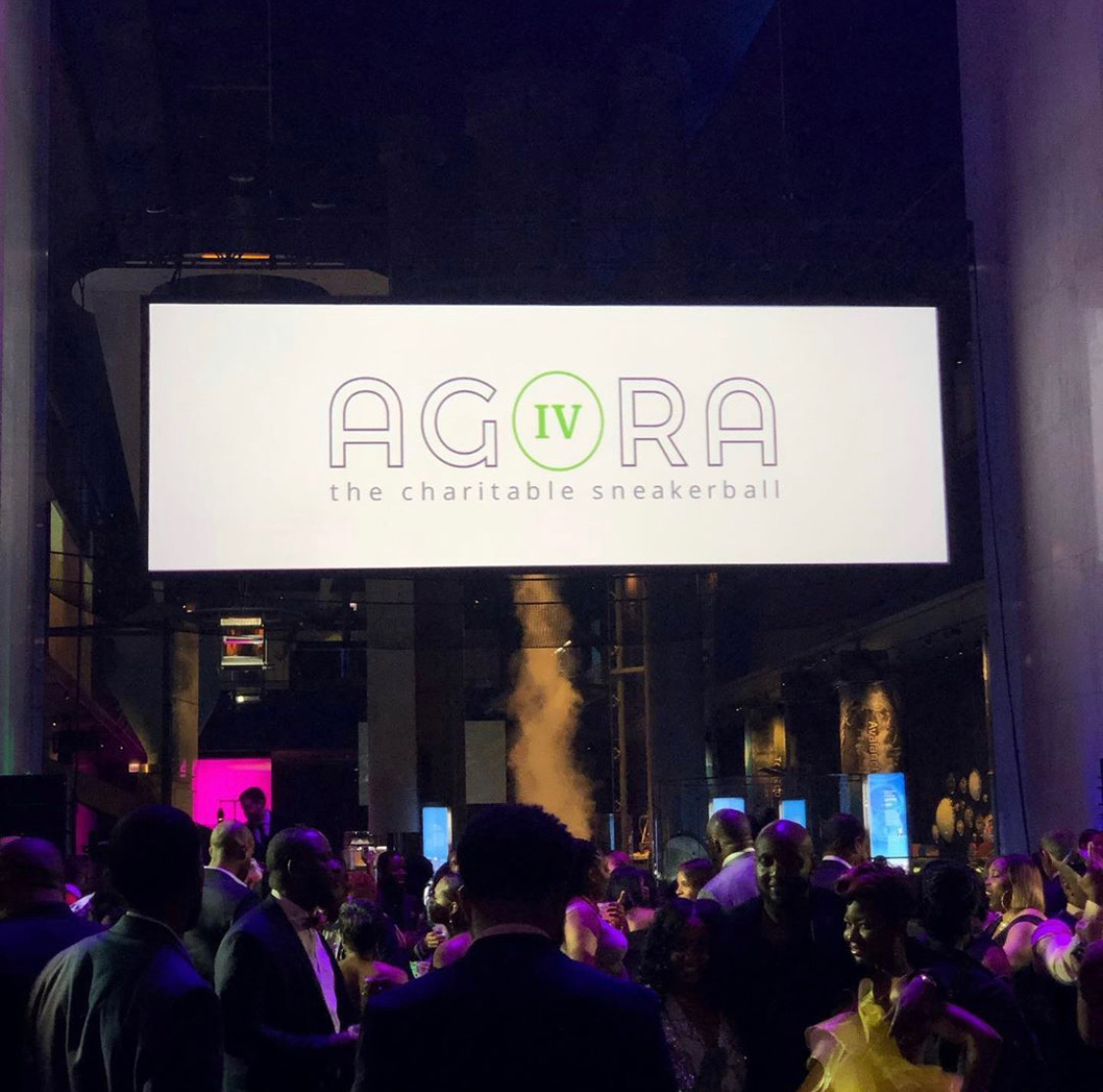 The event of the year happened and it was off the chain! The Agora Sneaker Ball invite only gala was filled with food, people and music. And the attendees did not come to play about networking and having a great time.

The Agora Sneaker Ball is the urban Met Gala, mixed with sneakers, networking and promotion of community service. In preparation for the event I looked forward to the looks, the concept of millennials giving back and the diversity of attendees. However, the fashion stole the show. Chicago natives and others who traveled to the city all looked beautiful. Women were dressed in bright, bold colors and the men were Dapper Dan fresh.

I think it’s safe to say the trend for the night was fluff and tule and the men went for the clean look. I myself followed the craze and I think I pulled it off very well.

Okay enough about me, lets take a look into two very important looks. The looks of the founder of sneaker ball, Justin Johnson and the host LaRoyce Hawkins.

Both men were looking like millionaires but let’s take a deeper look into their attires. Starting with the host of the night, LaRoyce Hawkins, who wore a purple suit with many accessories. The rosary and the bracelet were great additions to his look. Plus the splash of purple his of his Off-White x Serena Williams “QUEEN” shoes matched perfectly to his suit.

Justin Johnson, a fan of Nipsey Hussle wore a blue quite close to the hue Nipsey Blue. He ties his outfit with only a couple accessories and black Off-White shoes.

During my interview with the men I didn’t get to ask about their outfits however, I do wonder if the outfits say anything about who they are?