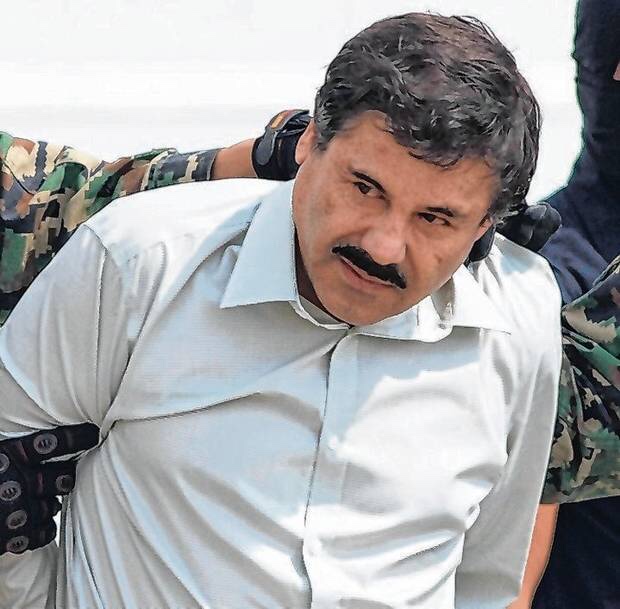 Joaquín Guzmán Loera, the Mexican drug lord known as El Chapo, was sentenced on Wednesday to life in prison, ending one of modern history’s most brutal and notorious criminal careers.

Judge Brian M. Cogan said the “overwhelming evil” of Mr. Guzmán’s crimes were apparent. Besides giving him a life sentence plus 30 years, he ordered the drug lord to pay $12.6 billion in restitution.

El Chapo Guzman spoke publicly for the first time since his conviction on Wednesday, complaining to a judge that his incarceration at a Manhattan lockup has been absolute “torture” before being sentenced to life in prison plus 30 years.

“I’ve been forced to drink unsanitary water. I’ve been denied access to fresh air and sunlight. The only sunlight I have in my cell comes through in the air vent,” the 62-year-old convicted drug kingpin told Brooklyn federal Judge Brian Cogan ahead of his sentencing.

Though he’ll return to the MCC for now, Guzman will soon be assigned to a new home by the Bureau of Prisons — likely at ADX Florence, the US’s only supermax lockup in Colorado — where he’ll remain for the rest of his life.

Guzman, whose nickname means “Shorty,” has twice escaped prison in Mexico, once by hiding in a laundry cart and the second time by slipping through a mile-long tunnel his cohorts built leading to his prison cell.

THE WORD | Sadie Roberts-Joseph, founder of an African American history museum, is found dead in the trunk of a car
THE WORD | Meek Mill is now officially off probation after 11 years. Annouces new partnership with Jay z