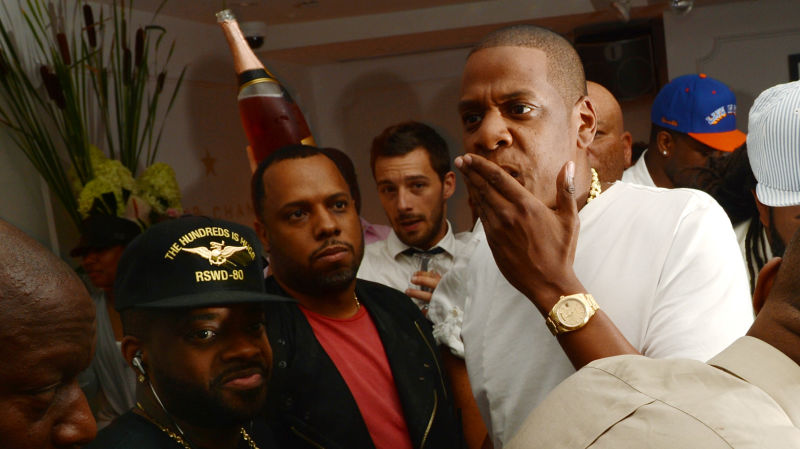 Hip Hop Icon Jay-Z has been all over the news recently after holding a press conference with NFL Commissioner Roger Goodell announcing a multi-year partnership with the professional sports league, in which the 49-year-old rapper will consult on the halftime show and work with the league’s activism campaign, Inspire Change.
The controversy around the business move is not only centered around the NFL’s problematic relationship with its players of color, but also JAY Z’s own public statements damning the organization, even declining an invite to perform at the Super Bowl.

“I said no to the Superbowl, you need me, I don’t need you
Every night we in the endzone, tell the NFL we in stadiums too” Jayz. The Carters APESHIT

Shortly after the news initially broke, Grammy award-winning songwriter/producer Bryan Michael Cox – credited with some of the biggest R&B hits of the last 20 years (Mariah Carey, Usher, Mary J. Blige) revealed that his longtime friend and fellow Urban hitmaker Jermaine Dupri was offered a deal similar to Hov’s by the NFL a year ago.

Cox says Jay personally contacted JD and told him to decline the very deal (to co-produce the Super Bowl) he’s now signed.  View Cox’s remarks below and let us know what you think.