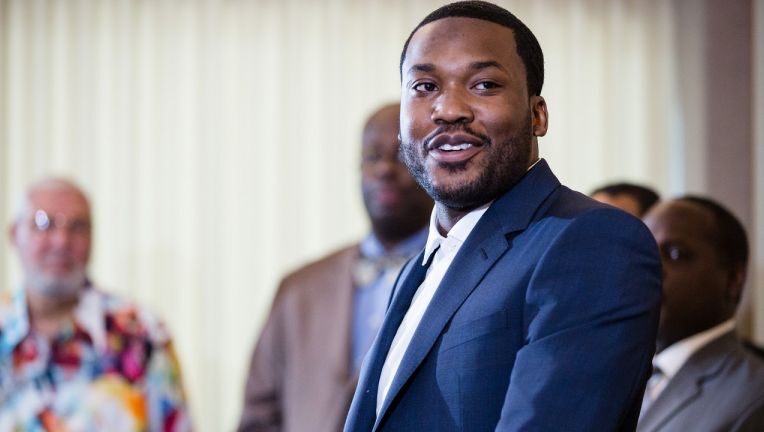 Thank you to everyone that supported me throughout this ride!!! Especially Des and @michaelrubin thank y’all #meekisfree

After a years-long fight, a Philly judge this am let Mill plead guilty to one gun charge with no further penalty. The Philly DA office dropped all other charges against him, the final step in overturning his 2008 conviction.

“I know this has been a long road for you and hopefully this will be the end of it,” Judge Leon Tucker told the rapper.

Meek Mill thanks his supporters moments after walking out of court. pic.twitter.com/f0SgEtDRjV

I’m extremely grateful that my long legal battle is finally behind me and I appreciate that it has sparked a much-needed discussion about probation reform and the inequalities that exist within our two Americas. pic.twitter.com/noDEA1HaRd

I have always told the truth — that as a teenager, who saw many around me die from senseless gun violence, I carried a gun for protection. I take responsibility for that and – in conjunction with my work on the @REFORM Alliance –

On July 24, just hours before the Pennsylvania Superior Court threw out his conviction, Mill and Jay-Z announced they were launching a new label called Dream Chasers Records. His growing business empire also includes an ownership stake in the hat company Lids.

WHATS THE BUZZ (Music You Should Listen To Week of 8.25.19 )
THE WORD | Man accused of killing family, including toddler captured!