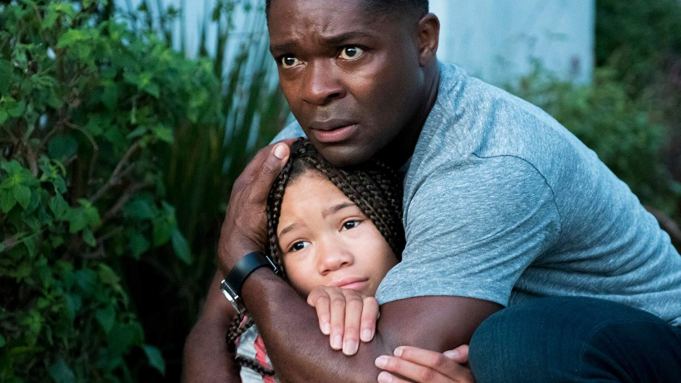 Last night I had the pleasure of seeing the new thriller/fantasy Don’t Let Go which hits theaters this Friday, August 30th.

The movie built up a lot of hype and suspense, especially going in knowing what the plot was. For those who don’t know, the film is about a detective whose brother’s family is violently murdered, a few days after the murder the detective gets a call from his deceased niece.

Going into the theater, I didn’t exactly know what I was expecting from the film. I think that because it had sort of a time travel theme I was expecting more of a science fiction feel from it.

On the contrary, the film gave a real feel from an impossible situation, as it should. When watching a time travel themed show or movie one would expect the reason to be apparent on how the time jump is occurring. With that being said, the movie was not traditional and far from predictable.

There were enough twists and turns to keep you on the edge of your seat and make you want to know what was going to happen next. You feel as though you can help the detective as he deals with trying to change the past.

Tell us what you think and catch Don’t Let Go in theaters on August 30th.

THE WORD | MAN COMMITS SUICIDE AFTER BEING BULLIED FOR DATING A TRANS WOMAN
Style.Rivals SlayFest! A Halloween Fashion Show of Horrific Proportions