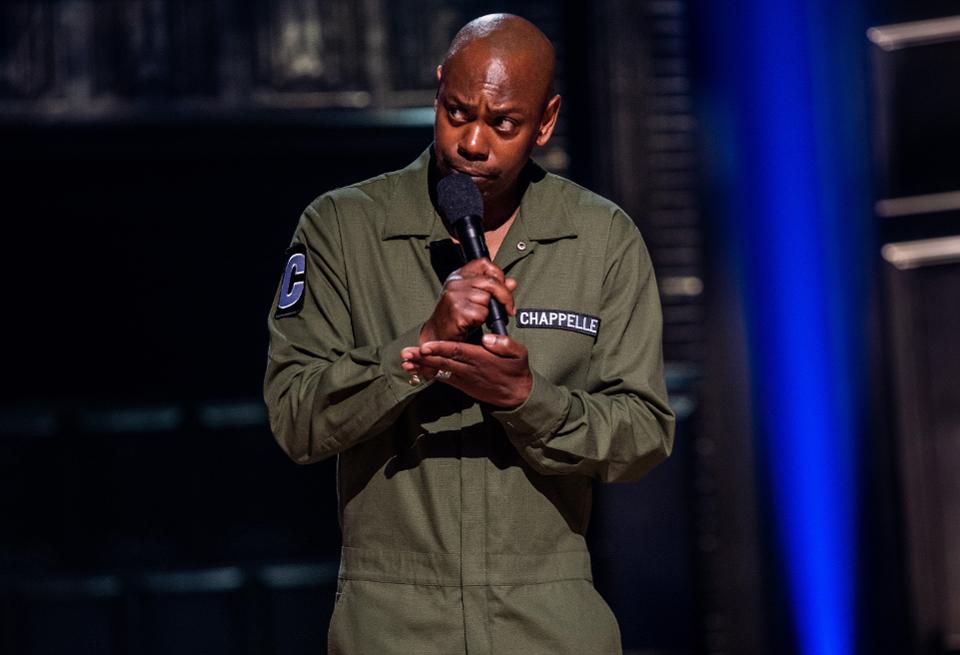 Sticks and stones may break my bones, but words will never hurt me. Or at least that’s what I was taught growing up. But in this social media age, society has become more sensitive now than ever. You can’t express an opinion or even have an open dialogue about a certain topic because then you’re “cancelled” or bashed for having a difference in thought.

With the release of Dave Chappelle’s Sticks and Stones the sensitivity of this era has surely been highlighted. There have been op-ed articles about how Chappelle’s special helps to support the thoughts of white supremacitsts propaganda. They say that his remarks on the LGBTQ community are dangerous, that he trolls rape victims, and as one article puts it, “There’s the far-right element putting him on a pedestal as a face of its toxic ideologies.”

As I know that my opinion will be met with opposition, I have to say that Sticks and Stones is a piece of work that is much needed, especially in this era of #MeToo and cancelling culture. What others see as Chapelle’s “say what I want to say” attitude, is more of a “say what needs to be said” attitude.

Everybody wants to censor everything and I’m glad that we have individuals like Dave Chappellle who challenge such ideologies. What we can stand to learn from the special is that it’s okay to laugh at yourself. With all the movements that are in place today and everybody wanting to identify as one thing or the other, it’s a breath of fresh air to be able to take a step back look at the comedy in it all.

You don’t have to agree with everything an individual says, but giving credit where it is due takes honesty and courage. That being said, I didn’t agree with Chapelle’s thoughts on a man being able to walk away free if he doesn’t agree with a woman keeping the baby. However, his comments on the issue made me laugh and can start conversations. If you are a sensible adult, you would know that Chapelle’s comments are in no way out of malice like the white supremacists or extremists that he’s being compared to.

I’m glad we are in a time where social media can highlight the issues that have been overlooked for centuries. What I would love to see it do next is recognize that comedy takes serious matters and makes you look at them differently. It takes a genius to do it effortlessly and we have witnessed a genius master his craft.

This is a MUST see. Soooooooo well done. Intelligent….Whitty. Truthful. Some of y’all still won’t get it. However, I feel this was needed. He went there. Bravo, #DaveChappelle. #StickAndStones