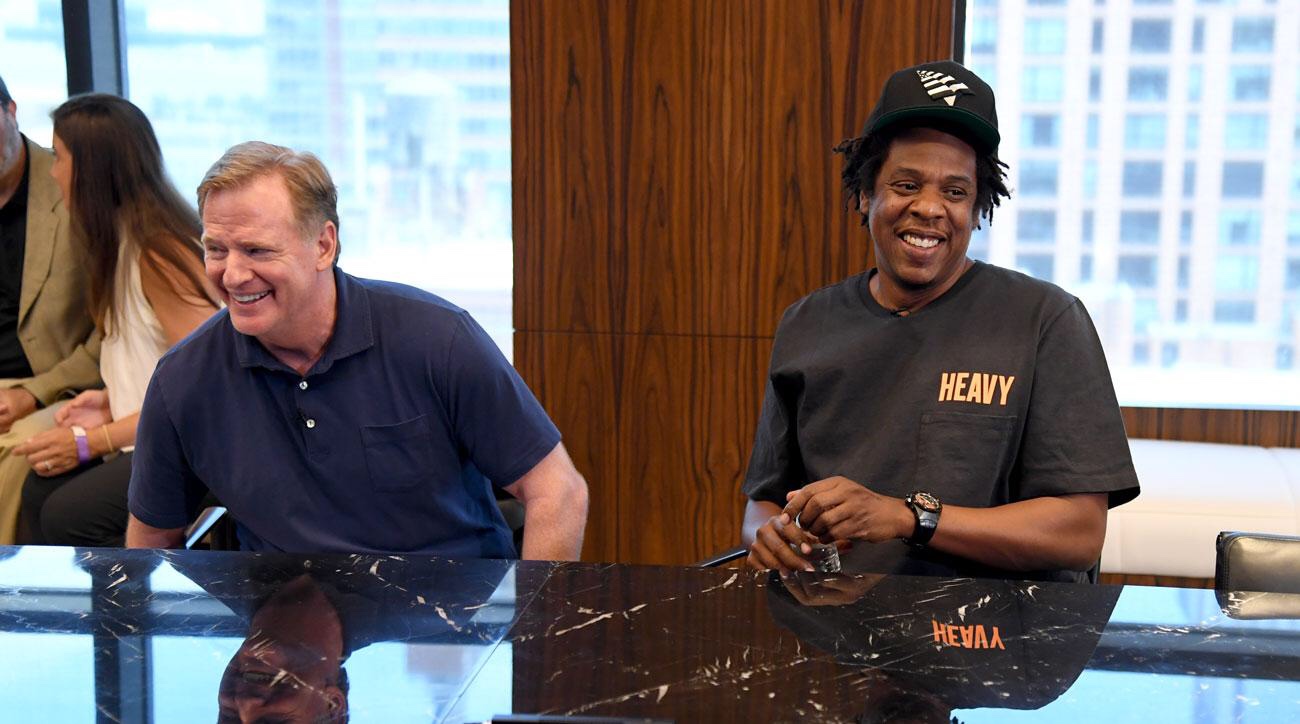 The NFL and Roc Nation will donate $400,000 to the Better Boys Foundation Family Services and Crusher’s Club. Accordingly to TMZ the two organizations were hand picked by JAY-Z‘s Roc Nation. Meek Mill and Megan Trainor will visit Crusher’s Club, whose mission is to help Chicago youth “restore their lives and improve their neighborhoods.” Appearance from Rapsody and Vic Mensa as well.

The Chicago organizations will set the blueprint for how Roc Nation, the NFL, and the Players Coalition aim to Inspire Change across each NFL city.

A free concert is taking place today , September 5th in the city’s Grant Park that will feature Meek Mill, Meghan Trainor and Rapsody; it is the first in the “Songs of the Season” concert series that was announced last month at a press conference held by Jay-Z and NFL Commissioner Roger Goodell announcing the partnership.

According to the source said that this event will be the first in a planned Inspire Change series that will make similar donations in each NFL city. Songs of the Season is a season-long initiative in which selected musicians will create and deliver a song to be integrated in all NFL promotions each month. The songs will debut during an in-game broadcast and will be simultaneously released to all digital streaming platforms worldwide. All proceeds from the songs will go toward Inspire Change.

Check out some pictures and dope moments of Meek Mill and Rapsody Performing at the NFL kick off in grant park.

“Give the homeless homies money so they eat well…” – 🔻 Be a voice for the voiceless. Hip Hop Forever #InspireChange @rocnation @nfl

Salute to @VicMensa, @Rapsody and @RocNation for giving back yesterday with sharing their time and knowledge with the kids of @bbffamilyservices and announcing #RocNation & #NFL will be donating $200,000 to their programs. #HipHopGivesBack #Rapsody #VicMensa #InspireChange

A post shared by HipHopGivesBack #Culture BEATS (@hiphopgivesback) on Sep 5, 2019 at 6:05am PDT

Leaders of today and tomorrow at the #InspireChange event in Chicago! @bbffamilyservices 🤝

@djpharris representing on the 1s and 2s live at Grant Park! #InspireChange