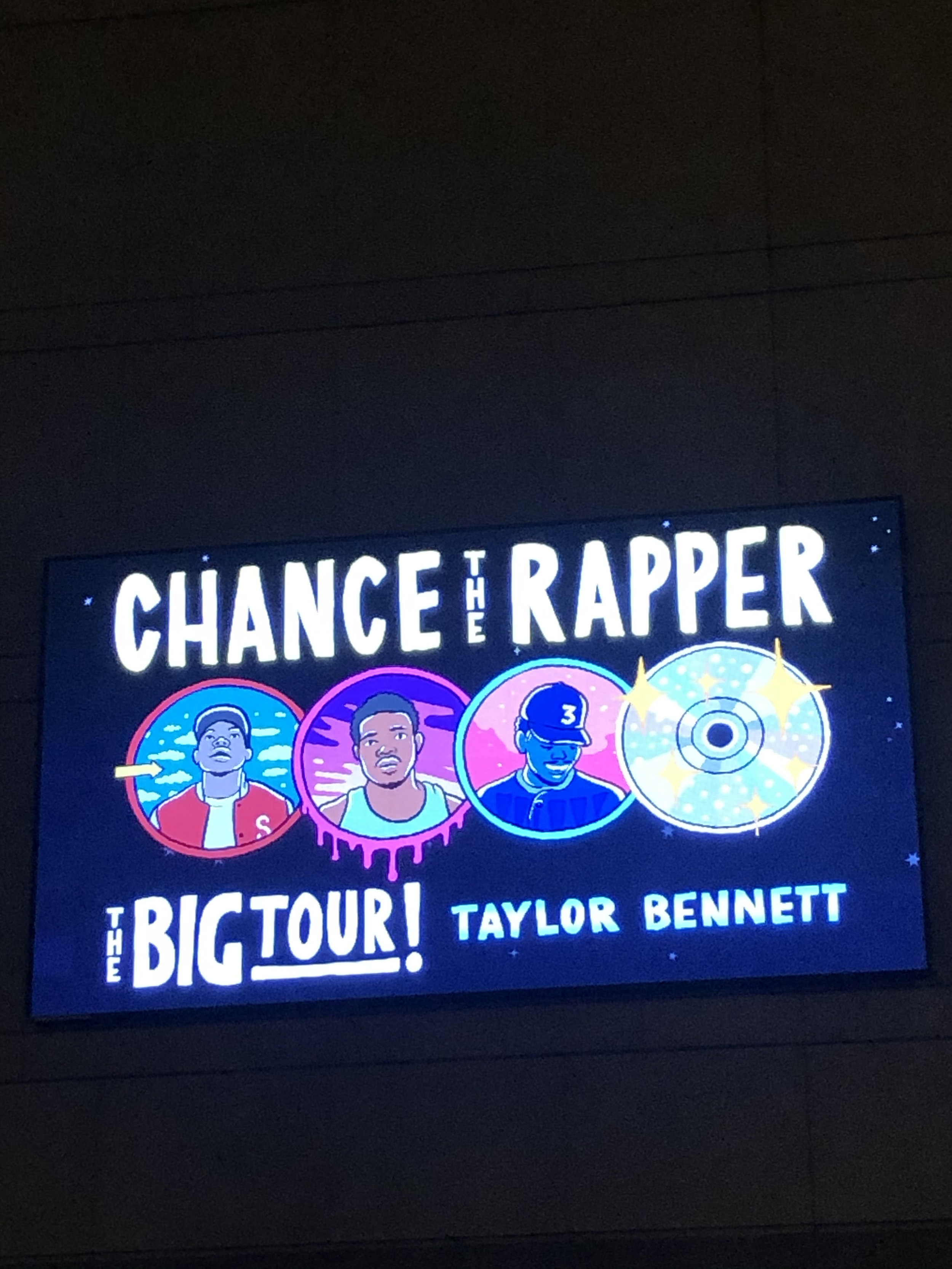 Chance The Rapper headlined his first concert at the United Center this Saturday September 28th. Chance’s “Big Day” came more than once this year, he married the love of his life and gave a show at one of the biggest venues in the city.

The best thing about the night was the fact that you could feel Chance’s enthusiasm throughout the building. His joyous spirit was mutual and I felt so happy for him that I could’ve cried. You could sense that Chance was waiting for this moment his whole life, being from Chicago you can understand the importance of selling out your first show at the historic United Center.

The crowd was really taken by surprise when Kanye came out during the song “All We Got.” West entered the stage singing bits of the chorus, he and Chance showed love with a hug as fans screamed to the top of their lungs, giving praise to the two Chicago heroes.

The night was packed with beloved songs, old and new. He performed lots of hits from his new album, in which he sported a shirt that stated “I Heart My Wife” in the style of a New York tourist tee. Chance was able to be his complete, honest, and true self the entire night as he reminisced on classic singles like “Cocoa Butter Kisses” and “Lost” from his second mixtape, Acid Rap.

I got to see #lilchanofrom79th preform his soul out tonight. It's different when you're from the south side of Chicago and grew up experiencing the same shit he raps about🌪

The only disappointment of the night was the he didn’t perform my favorite song from the project, “Juice.” I was anticipating the song eagerly, but was a bit let down that it wasn’t in the lineup, especially because I was wearing my “I Got The Juice” T-shirt.

Other than that, the concert was lots of fun and energetic! Beach Balls were thrown around for the crowd’s enjoyment and Benny the Bull was even there to do some of his famous shenanigans. I am a big kid at heart and I’m glad to see that Chance and I have that in common.

Chance is now, if he wasn’t before, a staple in the city. This is a badge of honor that he will forever wear proudly. Seeing his face light up as he performed for his city is something that I’m sure everyone in attendance will never forget.

Chance surely went crazy, as that is the only way to survive.

I am so grateful for the love. Thank you Chicago for selling out my first ever show at THE UNITED CENTER ‼️ 🎥: @yakubfilms