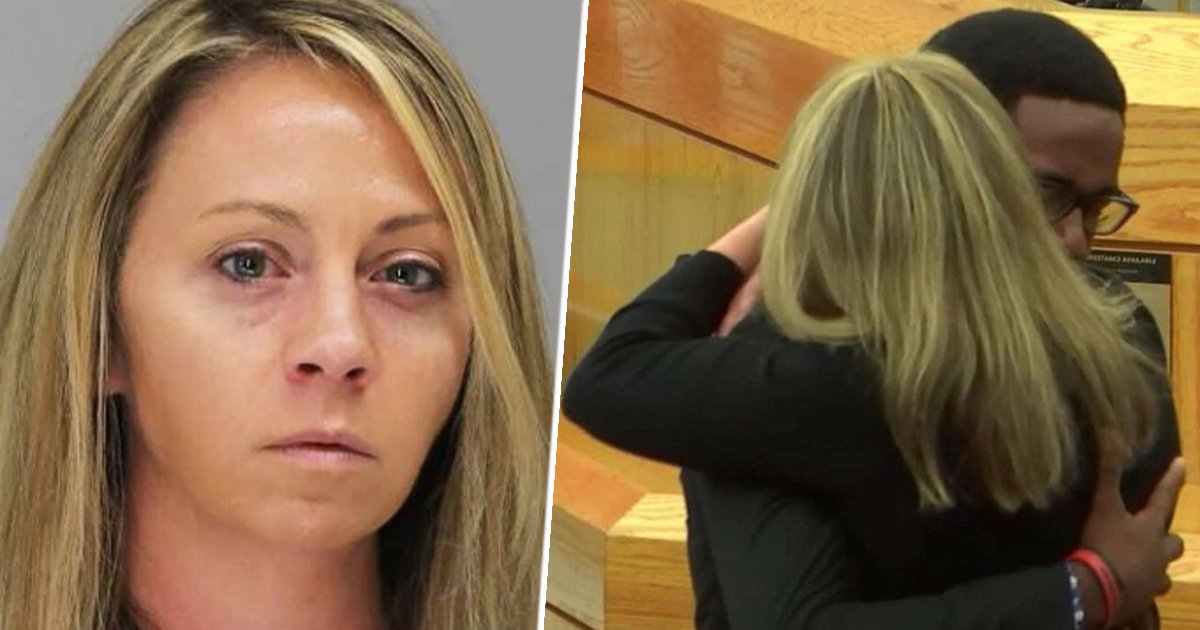 Brandt Jean, the 18-year-old who hugged Amber Guyger, the woman convicted of killing his brother, in court spoke out for the first time about the moment that shocked the nation and spurred a national conversation on forgiveness.

Guyger, a former Dallas police officer, was sentenced Wednesday to serve 10 years in prison for the fatal 2018 killing of Jean’s brother, Botham Jean, whom she shot when she mistakenly entered his apartment believing it was her own.

We want to know your thoughts below. ( Check out twitter’s response )

For being a better human being than many of us could ever claim to be, Botham Jean’s brother has been labeled an Uncle Tom, a sell-out, and a self-hating black man.

If you’re criticizing the way Botham’s brother has chosen to grieve, the problem isn’t him. It’s you. pic.twitter.com/JoBkND2BJ1

I am furious at these black people coddling this bitch. From the judge to the brother of Bothem Jean. Its ok to be mad at #AmberGuyger . Stop coddling whiteness when it won't hesitate to stomp us in the nuts and to our early graves.

How Botham Jean’s brother chooses to grieve is his business. He’s entitled to that. But this judge choosing to hug this woman is unacceptable. Keep in mind this convicted murderer is the same one who laughed about Martin Luther King Jr’s assassination, and killing ppl on sight. https://t.co/Nu5QGOIR1K

The jury gave her 10 years.

The judge hugged her.

The victim’s brother hugged her.

A police officer in court brushed her hair.