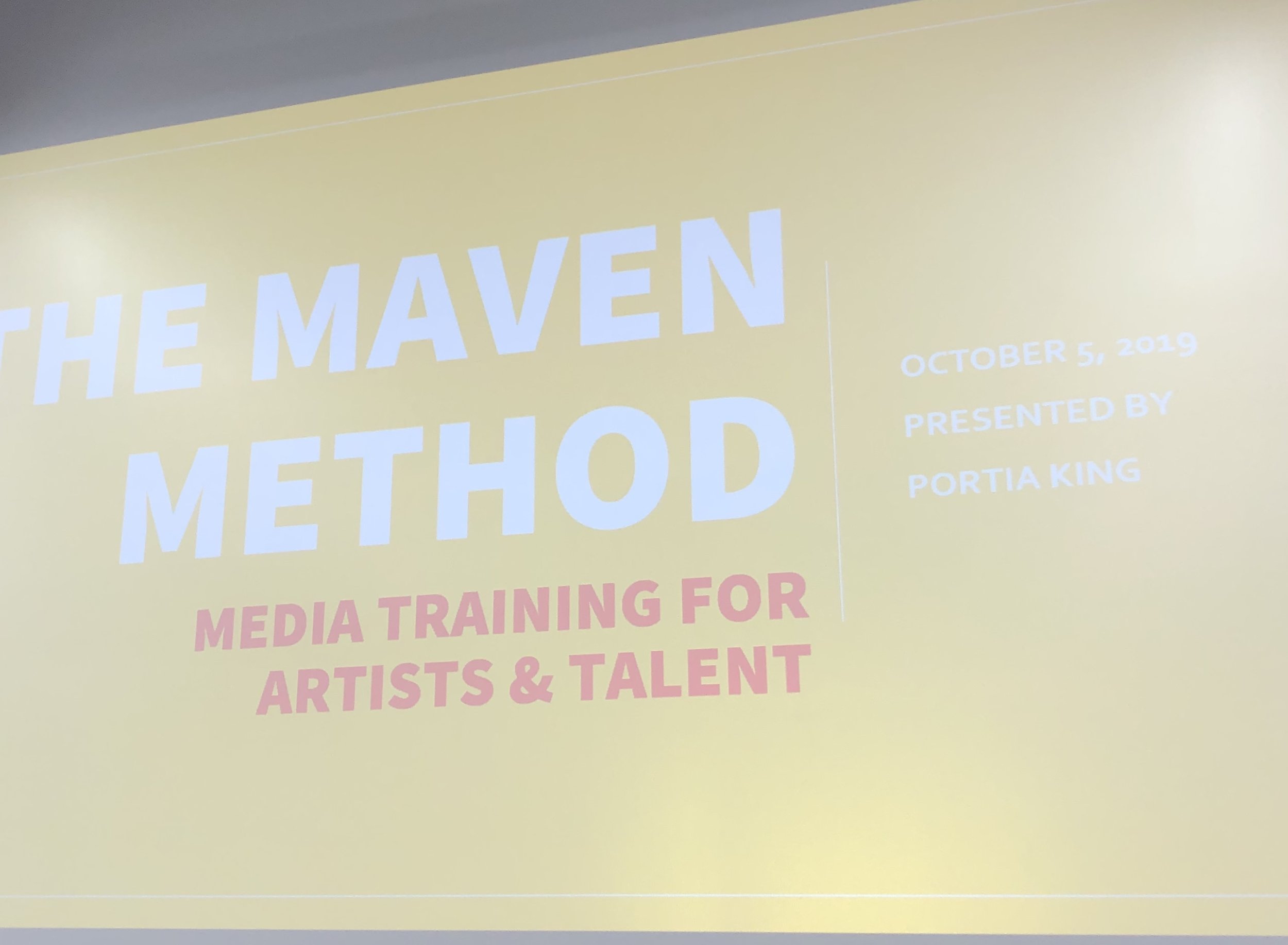 This Saturday, October 5th I had the pleasure of attending The Maven Method Media Training, hosted by Portia King. The media training workshop is for artists and talent to better their interviewing skills and to be a better personality all the way around.

The event took place at The Invisible Space, a gallery and gift shop that sells merch designed by artists on the South Side Chicago, that also doubles as an incubator for public and private events.

I got the chance to ask King what her inspiration was for starting this workshop she responded,

“A person could have the hottest song out, the hottest movie out. And if they can’t speak to it, if they can’t articulate, if they can’t make an engaging conversation to expand their brand, then it can almost inhibit the growth of what they do. It can limit the outreach and audience that they reach.”

She states that she started the Maven Method for the talent to sell themselves, to make an engaging conversation, and to be able to make her job as an interviewer much easier.

The people in attendance ranged from artists, media personalities, and even talent managers, all there to soak in knowledge with open ears and open minds. Portia broke down her presentation into four parts: The Law; Preparation; Media Etiquette; and Action. Each section gave examples of public appearances in which a celebrity demonstrated poor media training and the consequences of it. King even brought back old memories when she played footage of August Alsina on BET’s classic 106 & Park, where he was asked about his beef with Trey Songz. During the interview August curses at the interviewer in anger.

The tips that were given during the 2 hour media training session were truly valuable. Guests were informed on how much stations are charged when the Federal Communications Commission (FCC) laws are violated. She told the infamous Janet Jackson Super Bowl story, which surprisingly some people didn’t know about. King also spoke about how important having an agenda is when preparing for an interview and knowing your brand.

There were also various activities that took place at the media training. King had us play a game in which we paired up, picked a topic, then took turns speaking about said topic for 30 seconds without long pauses or saying um (it’s harder than you think). We also did a few tongue twisters to help with diction and pronunciation.

At the end of the event, everyone stayed for a while and did some networking. Be on the lookout for the next Maven Method Media Training. Be sure to follow @portiakingmedia for details on the next event and to keep up with her ventures.

THE WORD | Icon Diahann Carroll Passes Away
WHATS THE BUZZ ( MUSIC YOU SHOULD LISTEN TO WEEK OF 10.6.19)