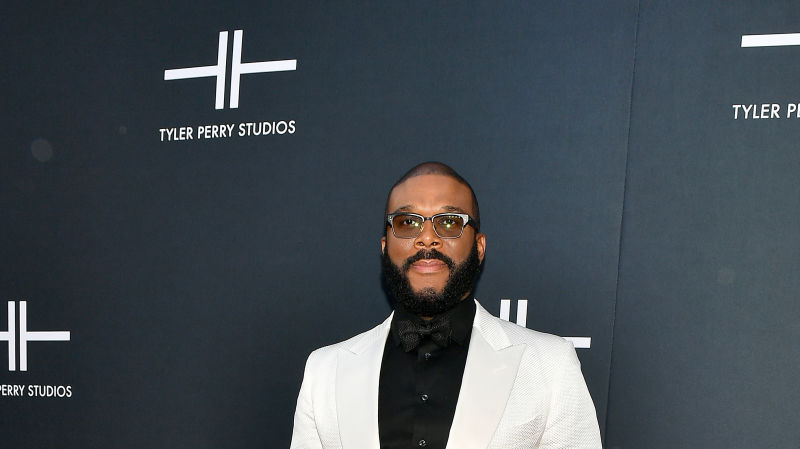 On Saturday, all of Black Hollywood’s elite descended upon Atlanta to celebrate the grand opening of Tyler Perry Studios, the first ever fully black-owned film studio lot. As The Hollywood Reporter points out, the studio has no proprietary partners or corporate backing.

Tyler Perry has a better guest list than the BET Awards https://t.co/0HFmTz6PBE

Perry dedicated the sound stages to legends such as Oprah, Harry Belafonte, Denzel Washington, Spike Lee, Whoopi Goldberg and even his own mother Willie Maxine Perry.

Fun Fact: The studio lots of Disney, Warner Bros, Paramount, Fox and Sony could fit inside @TylerPerry’s studio lot at the same time – and there would still be 60 acres to spare. All on a former Confederate Army base. A stunning achievement that will echo through the generations. https://t.co/XCeXE09y77

People took to social media to express their excitement over the newly opened studio.

Tyler Perry really showed us what building your own table looks like. I got emotional just watching via IG as legends like Oprah, Whoopi, Denzel, Will Smith, etc. christen the sound stages named after them. He even named one after Spike Lee after everything. You love to see it.

Tyler Perry Doing Some Monumental, Black Historical, Things In The Movie Industry! Giving Unsung Heroes & Talent Opportunities To Display Their Talents To The World! Us & Myself Black People & Fans Of Tyler Perry Have To Thank Him & Pray For His Protection. 💪🏾✊🏾🙏🏾 @tylerperry @tylerperrystudios #GodSurroundTylerPerryCircleWithProtection #BlackHistory #TylerPerryStudios #ThankYouTylerPerry #LouisianaProud

Congratulations to my friend, one of the most inspiring human beings to ever walk this earth, a true manifestation agent and one of the most humble souls I have ever met. A black man who bought a once confederate and US Army base and turned it into a movie studio the size of Warner
Brothers, Disney and Sony combined. Thank you for the invitation to the #TylerPerryStudios #GrandOpening I wish I could have made it but I’m down in Australia shooting a blockbuster. Yeah. It’s going to be that. Love you man. You are like the sun. Shinning enough light to comfort those that you’ll never even meet. Keep going. #justakidfromneworleans

.@tylerperry I am so grateful to have witnessed Black Excellence, History, and Greatness! The ground we stood on, the room! And EVERYTHING this Lot represents! I am humbled, inspired, and so encouraged!
Thank You for being a force!
So beyond grateful for you ❤️#whatanightitwas pic.twitter.com/Tc2FyLpcrK

He was once homeless…
Now look at him. Built a town and called it a studio. The best the world has seen so far. He even built his own #WhiteHouse. The #Legend Tyler Perry obviously didn't surround himself with mediocre friends. #TylerPerryStudios #BLACKEXCELLENCE #DreamsBig pic.twitter.com/hJ60dHAG26