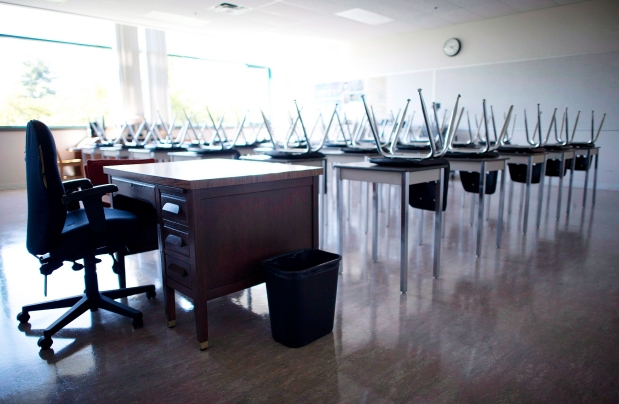 The Wolverines are highly- ranked in the state and at the top of the public league. They needed the strike to be over by yesterday to be eligible for the state playoffs. All CPS football teams must play at least eight games to qualify. But, Simeon was down one game, after a scheduling issue earlier this season.In addition, dozens of public league soccer teams were set to begin the playoffs yesterday.

The canceled that, too, forcing teams to forfeit.

Confessions from some teachers

We caught up to with Terry Matthews a #ChicagoPublicSchools teacher who is currently on strike. He provides us with his #POV on the strike. check out his confession and to stay updated with the strike by clicking this link: : : : : : http://www.whatstheword.tv/blog/2019/10/21/teacher-strike-causes-students-to-miss-their-third-day-of-school-in-chicago

Background information on the strike….

For the third school day in a row students aren’t in class; the teacher strike in Chicago started on Thursday and it seems like it’s not ending anytime soon. According to ABC News Chicago, Mayor Lori Lightfoot is asking the Teacher’s Union to end the strike and go back to work. However, Teachers and the Teacher’s Union aren’t trying to hear what she has to say.

The reasoning for the strike comes after demands from CTU weren’t answered by the city. CTU is asking for 15% raises over three years, while other demands related to staffing, class sizes and prep time. They also want nurses, social workers and librarians in every school, more special education classroom assistants and case managers.